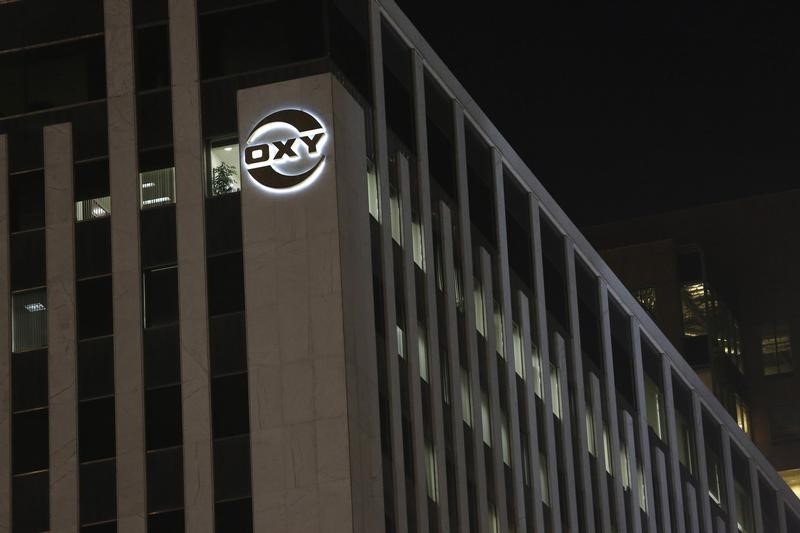 Investing.com – Occidental Petroleum (NYSE:OXY) stock surged 12% in premarket trading Monday on reports of Berkshire Hathaway (NYSE:BRKa) adding it to its holdings while activist investor Carl Icahn exits as a shareholder.

According to reports, Buffett’s company owns roughly $5 billion worth of OXY shares. The company had a market cap of over $52 billion as of Friday.

Icahn’s exit brings to end a three-year-long relationship that was much thorny in the first year. The two finally reached a settlement at the onset of the pandemic.

Two representatives of Carl Icahn on Occidental’s board are also resigning, Icahn said in a letter to the company’s board on Sunday. According to a report in The Wall Street Journal, Icahn booked a profit of around $1 billion on the investment and still owns over 15 million warrants.

At one point, Icahn almost had a 10% stake in the company.

Icahn had earlier criticized Occidental for outbidding larger rival Chevron (NYSE:CVX) to strike a $38 billion deal to buy Anadarko Petroleum (NYSE:APC) in May 2019. He also objected to the $10 billion pricey financing that Occidental took from Buffett to pay for the deal. The truce between the parties at that point brought back former CEO Stephen Chazen as Chairman and added three directors, including Icahn’s two representatives.