Home
Stocks
The Margin: Food service vs. retail: Workers debate which jobs are worse
Prev Article Next Article
This post was originally published on this site 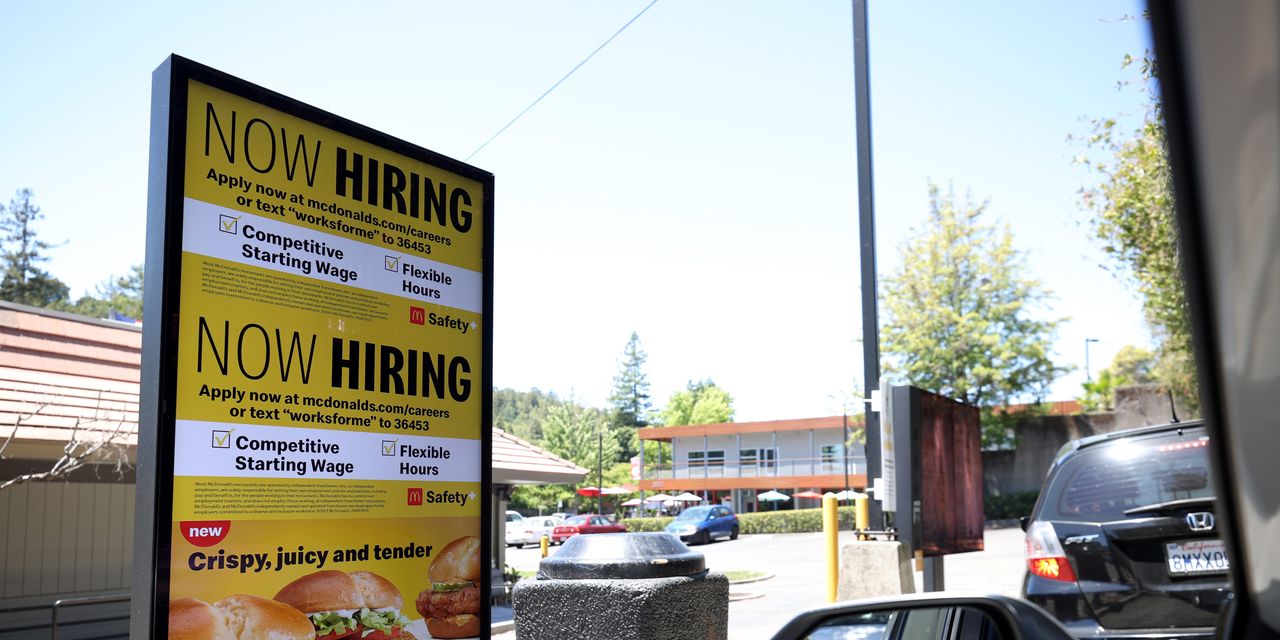 Why is it so hard to find good help in the restaurant and retail industries these days?

As U.S. job openings hit another record high in June, there have been a lot of theories about why so many workplaces are still struggling to fully staff up. But if business owners in the food service and retail industries, in particular, are wondering why it’s so tough to hire and retain staff right now, they might want to take a look at these tweets.

A simple question asked by one Twitter user — “if you have worked in food service AND retail which is worse” — has sparked thousands of tweets and comments as workers have shared insight into what they have hated the most about their jobs. “Retail” was soon trending on Twitter on Tuesday with close to 38,000 tweets.

Workers in both camps shared some common complaints, such as dealing with high stress and rude customers while being paid lower wages.

Food service workers described the added dangers and often hot, cramped conditions of preparing food. “Food service hands down,” wrote one. “People are nastier to you, treat you like a dumb child, its [sic] hot, you get smelly, and you’re usually pushed by management to move faster when you’re already swamped with orders and they just stand there without helping. Retail was hard but better.”

Retail workers shared the monotony of folding clothes or straightening up store shelves countless times, or long shifts standing at the register. “Working retail, the crew competes for commissions, the customers are awful, and there is no kitchen to hide in,” tweeted one worker.

Regardless of whether food service or retail is worse, workers in many industries have come out of COVID-19 quarantine and temporary shutdowns deciding that low wages, bad working conditions and poor work-life balance are no longer acceptable to them. Welcome to the “great resignation,” as according to the U.S. Bureau of Labor Statistics, the number of people voluntarily leaving their jobs rose from 164,000 to 942,000 in June 2021. And in April, a record 4 million people quit their jobs that month alone.

Related: Big Tech is suffering from a ‘Great Resignation’ of workers, who say ‘It’s a good time to leave’

Also: Don’t Expect Business as Usual After the Pandemic

So, many employers are bumping up pay and adding benefits to bring in new workers. In food service, McDonald’s
MCD,

has raised wages for more than 36,500 hourly workers by an average of 10%, and there were reports this spring of an Illinois McDonald’s giving away iPhones to new hires. Chipotle
CMG,

is raising wages and offering a pathway to a six-figure salary in 3.5 years in response to the worker shortage. In retail, Under Armour
UAA,

is raising its minimum wage to $15 for workers in the U.S. And Aldi is increasing its starting pay for its store and warehouse workers to $15 and  $19 an hour, respectively.