Home
Stocks
: MLB taps Fanatics to replace Topps as baseball trading card maker — here’s what that means for the value of your cards
Prev Article Next Article
This post was originally published on this site 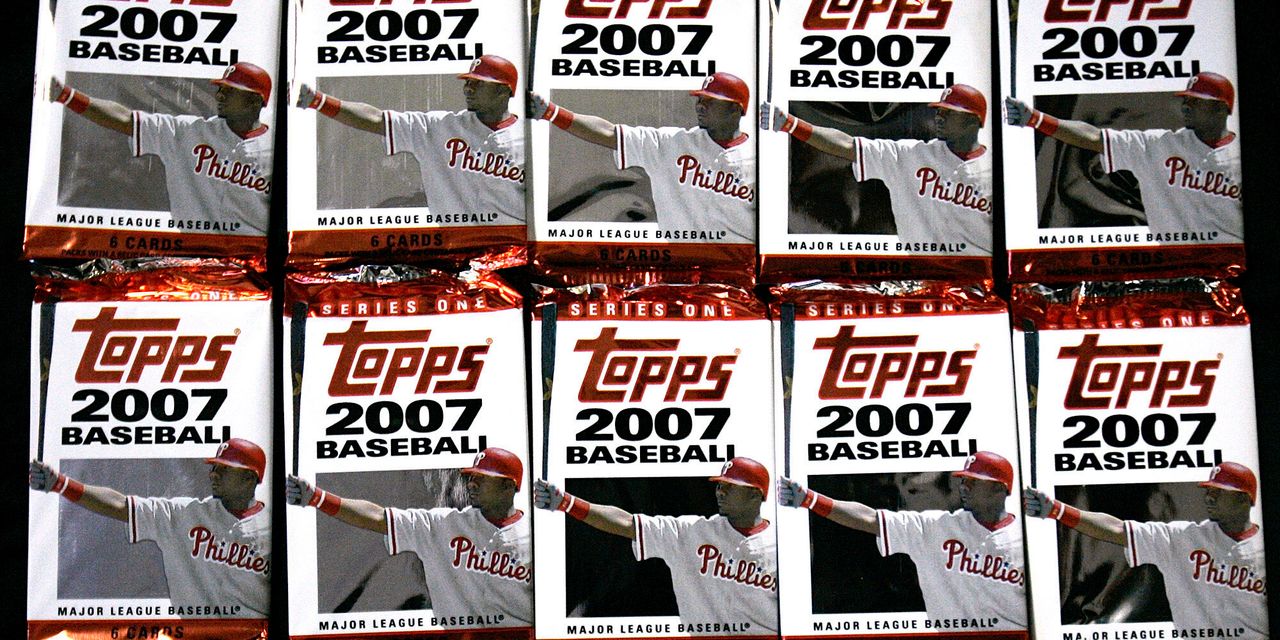 Baseball fans of all ages today are likely familiar with the brand Topps, which has made cards for Major League Baseball for decades. But there will soon be a new manufacturer of the cards that people have long liked to collect.

Last week, The Wall Street Journal reported that Major League Baseball and the Major League Baseball Players Association (MLBPA) would not be renewing their baseball card agreements with collectible company Topps when they come up for renewal, instead opting to sign an exclusive sports card deal with merchandise retailer Fanatics Inc.

is being canceled “by mutual agreement.”

Fanatics didn’t just agree to a deal with the MLB — sports cards rights for both the NFL and the NBA, currently owned by Panini, will also go to Fanatics when they expire in 2025 and 2026, according to the report.

Topps, Panini and Fanatics did not respond to MarketWatch’s requests for comment.

Topps has been the exclusive maker of licensed baseball cards since the 1950s while Fanatics has never made sports cards for professional sports leagues before. Topps’s agreements with the MLB and the MLBPA expire in 2025 and 2023, respectively.

What does this mean for your Topps card collection?

See also: Nearly 6 in 10 Gen Z investors — and 9% of baby boomers — admit to trading while drunk

Mike Gioseffi is the former owner of a sports card breaking company and co-hosts the Spotify
SPOT,

-owned podcast “Sports Cards Nonsense” with Jesse Gibson. Gioseffi believes the latest exclusive deal between MLB and Fanatics could lead to an increase in value for some Topps cards down the line.

“There will be a little more sentimental value there, which will at some point increase the actual financial value,” Gioseffi told MarketWatch. “You look at Topps basketball, Topps basketball was always good, but now people talk about it like it’s unbelievable.”

Topps held rights to basketball cards at various points since the company’s inception in 1938.

New Fanatics cards could be met with resistance from traditionalists in the sports card hobby at first because they are not an established manufacturer, but such concerns may fade to the background if a quality product is released.

“There was so much griping about Panini when they made basketball and football cards to start, and now the majority have forgotten about that because they make a good product,” Gioseffi says.

See also: Americans are creating their own vaccine mandates by cutting ties with the unvaccinated

As one of the largest sports merchandise retailers in the world, Fanatics has the shipping infrastructure to bring sports cards to international customers at great speeds, something that other card companies have struggled with in the past.

Because Fanatics already has brand partnership deals with nearly every U.S. sports league for merchandise, the sports card integration possibilities could be immediate.

“They have shops in a lot of these arenas that sell their apparel. Could you imagine every time you go to sporting event, there’s a card shop there that sells Fanatics sports cards? You talk about hitting an untapped market,” Gioseffi says.

Fanatics was valued at $18 billion after the company’s latest funding round, tripling its valuation from a year ago.