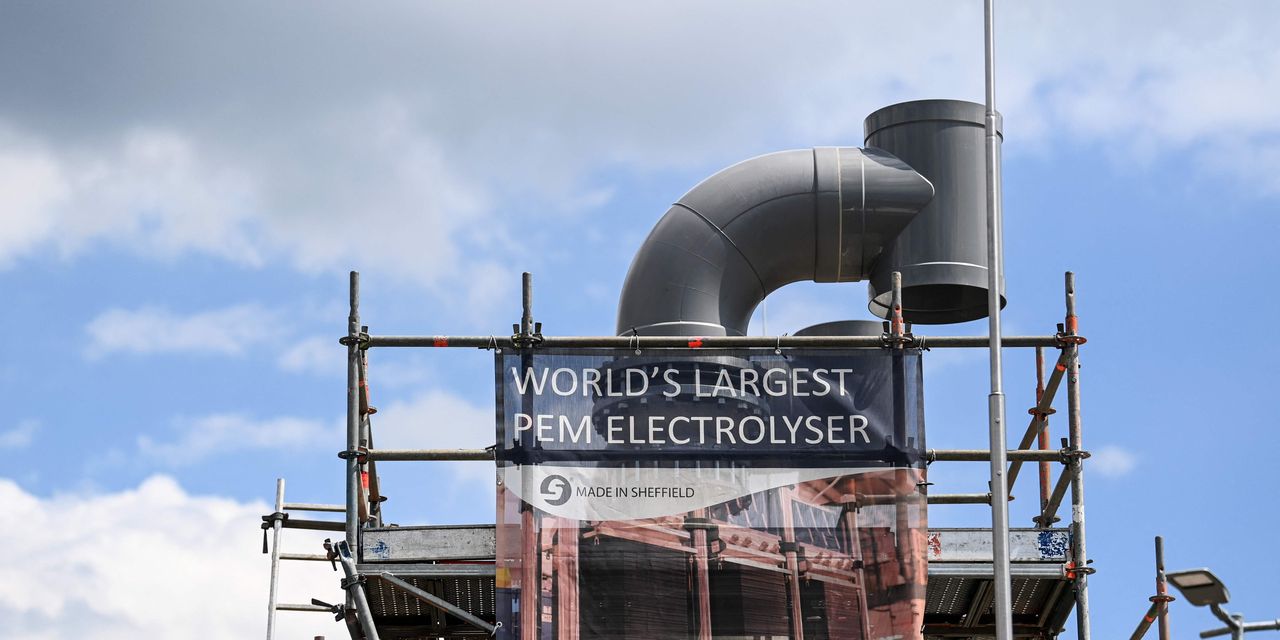 Clean hydrogen is a fuel the Biden administration believes will be part of the toolkit necessary to propel the U.S. to zero emissions by 2050, not to mention a 50% cut in those emissions as soon as the end of this decade. But a peer-reviewed study out Thursday argues that the fuel’s credentials need reconsideration.

Some energy-industry and clean-air analysts raised their own concerns that the study, published in the Energy Science & Engineering journal by researchers from Cornell and Stanford Universities, misapplied short-term findings to a long-term view, made other flawed assumption, and risked sidelining the evolving technology prematurely.

Hydrogen is already used in some applications but has historically been too expensive to directly replace fossil fuels. The International Energy Agency, in an anti-oil report that surprised many earlier this year, has factored in hydrogen’s role in the new-energy world.

Most hydrogen used today is extracted from natural gas
NG00,

in a process that emits carbon dioxide as well as the more-fleeting, but more-potent, methane. It’s these emissions that the study mostly focuses on.

The researchers, Robert Howarth, a biogeochemist and ecosystem scientist at Cornell, and Mark Jacobson, a professor of civil and environmental engineering at Stanford and director of its Atmosphere/Energy program, examined the lifecycle greenhouse-gas emissions of “blue” hydrogen, accounting for emissions of both carbon dioxide and unburned, fugitive methane (The U.N. has stepped up its concerns that methane be addressed sooner than later).

As the natural-gas industry looks toward more hydrogen production, it pushes capturing carbon dioxide, which then leaves “blue” hydrogen, as the industry calls it. That’s short of “green,” but still curtails emissions. “Green” hydrogen would ultimately need to be made using zero-emissions renewable energy, such as wind or solar, and electrolyzing water to separate hydrogen atoms from oxygen. Renewable energy is not yet common enough — although it is getting more cost competitive — to replace natural gas in this process.

The paper argues that across the “blue” hydrogen supply chain, the process actually emits more than simply burning natural gas for its traditional uses.

The researchers accounted for carbon dioxide emissions and the methane that leaks from equipment during natural-gas production. They assumed that 3.5% of the gas drilled from the ground leaks into the atmosphere, basing that percentage on mounting research that argues natural-gas drilling puts off more methane than previously known. And they added in the natural gas required to power the carbon-capture technology.

In total, they found that the greenhouse-gas footprint of blue hydrogen was more than 20% greater than just burning natural gas or coal for heat, and 60% more than burning diesel oil for heat.

“Our analysis assumes that captured carbon dioxide can be stored indefinitely, an optimistic and unproven assumption,” they said. “Even if true though, the use of blue hydrogen appears difficult to justify on climate grounds.”

“Both are well known for research on climate-related topics, but it seems any short-term life-cycle analysis is certain to overstate the long-term impacts and understate the potential advantages of hydrogen,” Maisano said. “I find it ironic that in previous analyses, they both look across the entire climate scenario and project way out into the future, but when looking at hydrogen, they seem to short–shrift its long-term potential and real technological advances that will likely occur.”

“This essentially says that if you want to heat water, blue hydrogen is not as environmentally friendly as other fuels.  We are not using it for its thermal energy, we are putting it into fuel cells and using it for its electrochemical properties,” he said.

The Clean Air Task Force had preliminary concerns as well.

“The framework of the paper appears to assume that ‘blue hydrogen’ and ‘green hydrogen’ are competing alternatives. It’s likely though, that to achieve decarbonization by mid-century, we could well need both,” said Mike Fowler, director, advanced energy technology research, at the nonprofit.

“Currently blue sources are less expensive than green and could provide an important source of low carbon hydrogen while the cost of green comes down,” he said. “Given the urgency of decarbonization, the paper presents a false choice.”

CATF also asserts that the methane-loss rates assumed in the paper are high.  The best peer-reviewed analysis available as of now estimates that the U.S. leak rate is about 2.3%.

“Importantly, this leak rate can and must be made much lower,” Fowler said.

Hydrogen development had featured in the trimmed, bipartisan infrastructure bill that moved out of the Senate this week. The bill now goes to the House of Representatives. Meanwhile, some climate-related programs were tacked into the Democrats’ budget reconciliation.

David Hart, a science policy expert at George Mason University, told the journal ScienceInsider that the hydrogen inclusion in the Senate infrastructure bill was notable and a sign of buy-in from Washington, including $8 billion tagged for regional hydrogen hubs. EV-maker Nikola Corp.
NKLA,

said Thursday it had earned a grant for research on autonomous refueling of hydrogen stations. And Wall Street has already carved out its piece of the action, with at least two hydrogen-related exchange-traded funds, the Global X Hydrogen ETF
HYDR,

and the Direxion Hydrogen ETF
HJEN,
.

The push for hydrogen in the energy industry and by some environmental groups has an even greater toehold in Europe and elsewhere, so the study has implications for these more mature markets, potentially. Royal Dutch Shell
RDS.B,
,
for instance, has a hydrogen production plant in Wesseling, Germany, where supportive subsidies are more common than in the U.S.

The U.S. natural-gas industry has pushed for continuing to build pipelines, arguing that the system would eventually transport a cleaner blend of natural gas and hydrogen.

The Hydrogen Council, comprising BP
BP,
,
Shell, and other big oil and gas companies, issued a McKinsey-generated report that estimated that the hydrogen economy could generate $140 billion in annual revenue and 700,000 jobs by 2030. It suggested hydrogen could meet 14% of total American energy demand by 2050.