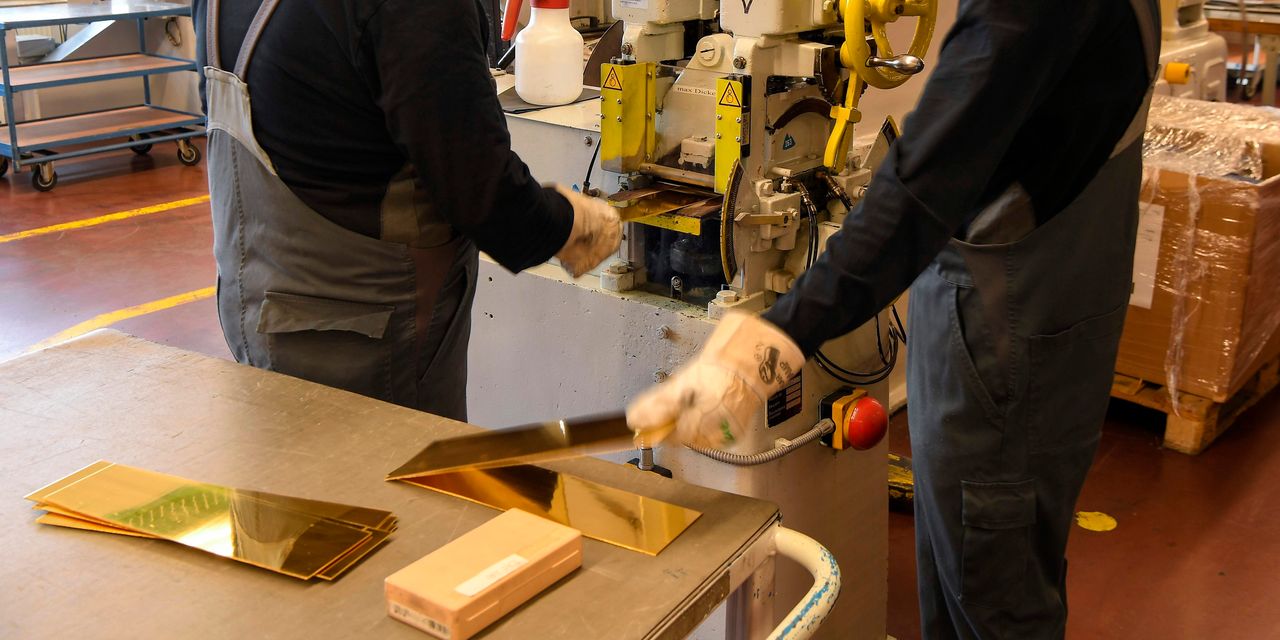 Gold futures headed lower on Friday for the first time in four sessions as a steady U.S. dollar and slightly higher yields for government debt, undercut some buying appetite for bullion.

Investors also parsed a report on U.S. retail sales that came in hotter than expected, with retail sales in June rising 0.6%, compared with consensus forecasts by economists surveyed by Dow Jones for a decline of 0.4%. Excluding auto sales, the retail rise was 1.3% last month, the data show.

Bullion, however, was on track to see a weekly gain of 1%, to mark its fourth straight weekly rise to match its longest such streak since the period ended May 28.

Trading for gold comes as the 10-year Treasury note
TMUBMUSD10Y,

Still, gold has been mostly buoyant as investors fret about the spread of the COVID-19 delta variant and the fitful reopening of the global economy, as well as concerns that U.S. markets are topping out.

“The easy part of the rise is left behind, and now the bulls have to prove that they are serious,” about pushing gold to further gains, said Alex Kuptsikevich, a senior market analyst at FxPro.

“Despite the sustained presence, buyers are acting much more cautiously or simply have less strength,” the analyst wrote. “Fundamentally, the trend was shaped by the soft monetary policy of the major central banks, led by the Fed,” the FXPro researcher wrote.

Indeed, Federal Reserve Chairman Jerome Powell, in congressional testimony this week, said that removing some of the Fed’s stimulus was a ways away as the labor market struggles to rebound from the pandemic.

The central bank chief also described inflation as a short-lived phenomenon that would eventually revert to the mean after a COVID-fueled surge that has been stoked by supply shortages amid spiking demand. His testimony before the Senate Banking Committee on Thursday offered a similar message.