Home
Stocks
: Senators back off threat to oppose Biden nominees over diversity concerns
Prev Article Next Article
This post was originally published on this site 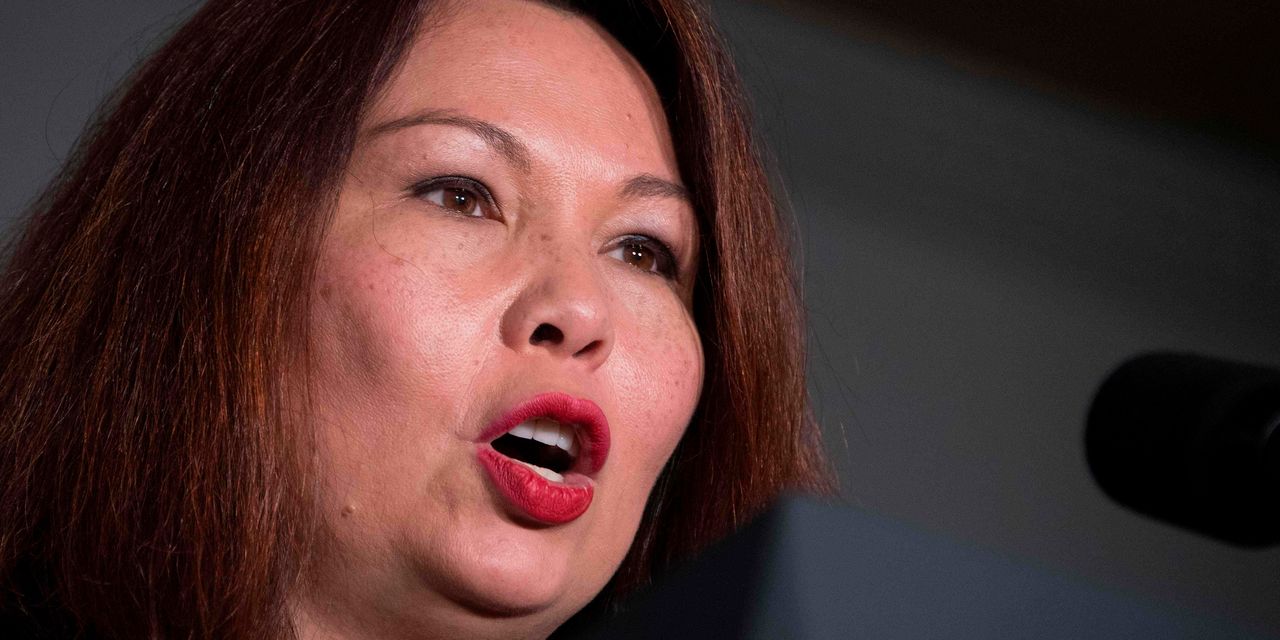 WASHINGTON (AP) — Two Democratic senators who said they would not support President Joe Biden’s nominations to fill administration posts until the White House better promoted diversity reversed their stances Tuesday after the White House said it would add an Asian American Pacific Islander liaison to its staff.

Sens. Tammy of Duckworth of Illinois and Mazie Hirono of Hawaii had lashed out earlier in the day at the lack of Asian American and Pacific Islander representation in Biden’s Cabinet. The only senators of Asian American heritage, they said they would withhold their support for his nominees until the diversity issue was addressed.

See also: ‘I believe we have an idiot control problem’: Sen. John Kennedy reacts to mass shooting in Colorado

With the announcement of the liaison Tuesday night, Duckworth’s spokesman said the senator would not stand in the way of “qualified nominees — which will include more AAPI leaders.”

“Senator Duckworth appreciates the Biden Administration’s assurances that it will do much more to elevate AAPI voices and perspectives at the highest levels of government, including appointing an AAPI senior White House official to represent the community, secure the confirmation of AAPI appointments and advance policy proposals that are relevant and important to the community,” spokesperson Ben Garmisa said in a statement.

Duckworth had said earlier that she raised the issue with top Biden advisers on Tuesday and afterward called the situation “not acceptable.”

“I’ve been talking to them for months and they’re still not aggressive, so I’m not going to be voting for any nominee from the White House other than diversity nominees,” Duckworth told reporters. “I’ll be a no on everyone until they figure this out.”

That had prompted Hirono to join her. But Hirono later said in a statement of her own that she too welcomed the appointment of an AAPI White House liaison and was dropping her objections.

“Based on the private conversation we had, I will continue voting to confirm the historic and highly qualified nominees President Biden has appointed to serve in his administration,” Hirono said.

The threats to withhold support could have complicated matters for Biden as he moves forward with other high-level administration and judicial appointments that require confirmation in an evenly divided Senate where Vice President Kamala Harris holds a tiebreaking vote.

Katherine Tai, who is Taiwanese American, is in the Cabinet as Biden’s top trade envoy. Dr. Vivek Murthy, the son of Indian parents, was confirmed Tuesday as surgeon general, a sub-Cabinet position.

“The President has made it clear that his Administration will reflect the diversity of the country,” White House press secretary Jen Psaki said in a statement. “That has always been, and remains our goal.”

Biden had defended the makeup of his Cabinet to reporters Tuesday evening, saying, “We have the most diverse Cabinet in history.” He added, “We have a lot of Asian Americans that are in the Cabinet and in sub-Cabinet levels.”

In an interview Wednesday, Harris — the first Black and Indian American woman to be vice president — noted the “historic” diversity of Biden’s Cabinet while acknowledging the senators’ concerns.

“Representation matters, and we’ve got to address it,” she told CBS News.

Asian American and Pacific Islander elected officials and activists are hoping that last week’s shootings at spas around Atlanta that killed eight people, six of them women of Asian descent, will prompt the community to demand greater representation in government.

“We’re not just calling for API’s. This is not about pitting one diversity group against them. So I’m happy to vote for a Hispanic or Black person and LGBTQ person and AAPI person,” Hirono said in joining Duckworth. “I just like to see more diversity representation.”

Duckworth is of Thai descent and was mentioned as a possible vice presidential pick for Biden. Duckworth, who had also been under consideration for a Cabinet role, noted that presidents over the last 20 years have included AAPI people in their Cabinets.

Tai, who was confirmed last week, is the first Asian American and first woman of color to serve as U.S. trade representative.

Biden also nominated Neera Tanden to serve as director of the Office of Management and Budget, but she withdrew her nomination after it became clear she would have difficulty winning confirmation. Tanden faced opposition from Republicans and Sen. Joe Manchin, a West Virginia Democrat, over insulting tweets aimed at Republican lawmakers that she posted prior to her nomination.

Duckworth said administration officials in her initial conversation Tuesday noted the selections of Tai and Tanden, who are both high-level picks but not part of the president’s Cabinet, when she raised her concerns.

That didn’t sit well with her.

“To be told that, well, you have Kamala Harris, we’re very proud of her, you don’t need anybody else, is insulting,” Duckworth said.