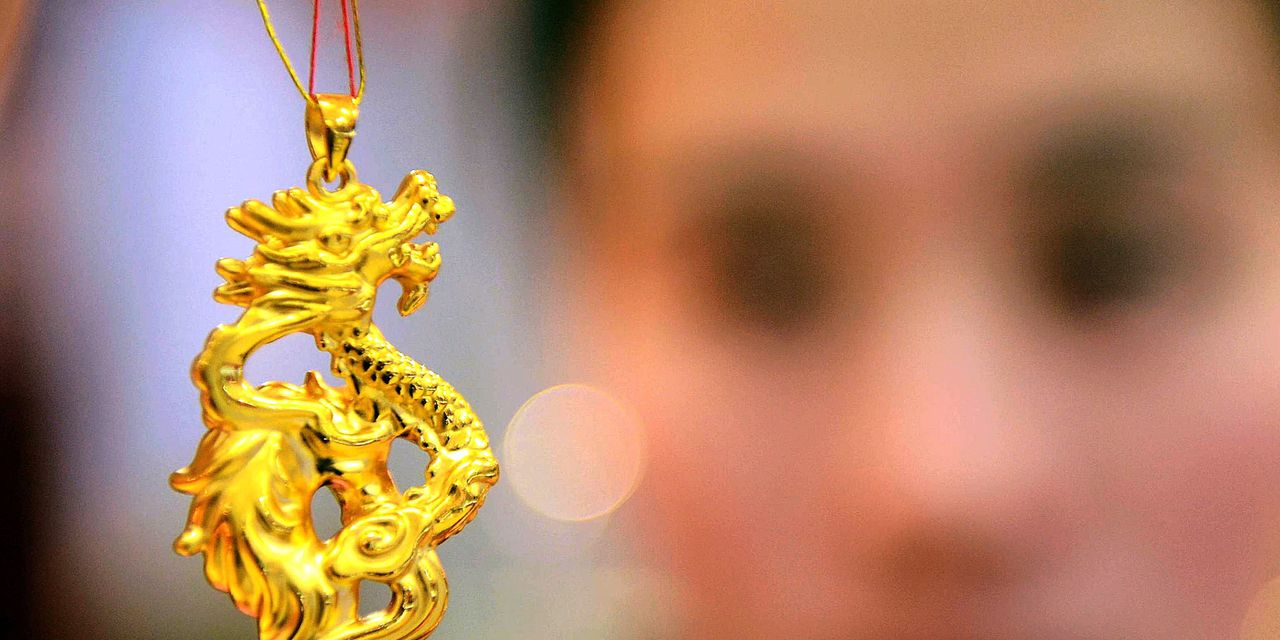 Gold futures headed for a fourth loss in a row on Wednesday, with prices on track to log their lowest finish since June, as a death cross chart pattern formed — signaling the potential longer-term downtrend in the metal’s prices.

A death cross occurs when the 50-day moving average crosses below the 200-DMA, which is widely viewed as a dividing line between longer-term uptrends and downtrends.

The death cross “isn’t an ideal development for gold,” especially since that hasn’t happened in more than two years, said Craig Erlam, senior market analyst at Oanda, in a market update.

Higher U.S. Treasury yields are “making investors a little nervous and are generally positive for the dollar,” he said.

Yields in U.S. Treasurys, seen as a direct haven competitor to gold that also offers a coupon, have been touching their highest levels in months, making a more compelling case to own bonds compared against commodities that don’t offer a yield.

The 10-year Treasury note yield TMUBMUSD10Y, 1.277% has eased back from recent gains, but touched a high of 1.33% Wednesday, putting the government bond near its highest level since late February of 2020.

Erlam said that a move back above 91 in the ICE U.S. Dollar Index DXY, +0.50% could be a bullish signal for the dollar. “This is naturally a negative development for gold.”

Looking ahead, commodity investors might look to data to glean the near-term outlook for metals, with an account of the Federal Reserve’s late-January meeting due at 2 p.m. Eastern, shortly after gold futures prices settle for the session.

Meanwhile, losses for gold also follow U.S. economic data Wednesday, with retail sales up 5.3% in January, the largest increase in eight months — a positive sign in regard to the health of the consumer amid the COVID-19 pandemic. Industrial production also rose 0.9% in January, to mark a fourth straight month climb.