Home
Stocks
: Amazon’s electric delivery vehicles hit the road in L.A.
Prev Article Next Article
This post was originally published on this site 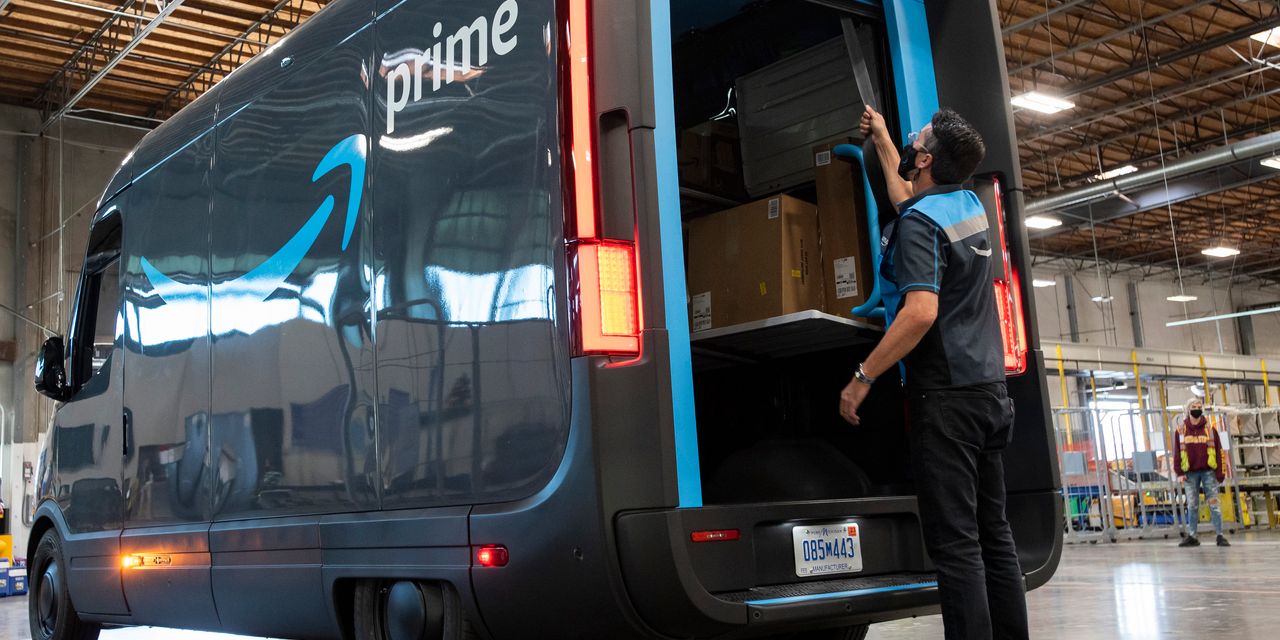 Amazon.com Inc.’s AMZN, +1.11% electric delivery vehicles are on the road in parts of Los Angeles, the e-commerce giant announced Wednesday.

A year after announcing plans to purchase 100,000 of the vehicles as part of the company’s Climate Pledge, Amazon is testing the vans on delivery routes.

The electric delivery vans will be in up to 15 more cities throughout 2021, with thousands of the vans heading to streets in the coming years.

Amazon partnered with Rivian to create the vans, leveraging Rivian’s customizable skateboard for this project. Amazon has also taken a stake in Rivian.

The vehicles can travel up to 150 miles on one charge. Delivery stations across North America and Europe have been outfitted with charging capabilities for the vans.

Read: Jeff Bezos to step down as Amazon CEO after record-smashing 2020

And: With Jeff Bezos at helm, Amazon’s stock performance has made the S&P 500 look like a flat line

The delivery vehicles are being tested for safety, performance in different climates, and other factors.

Amazon is also looking into alternative fuels and other innovations that will help it to meet its goal of being net-zero carbon by 2040, a decade ahead of the Paris Agreement.

Amazon reported sales of more than $100 billion late Tuesday, and announced that Chief Executive Jeff Bezos will step down from that role later this year, but remain as executive chairman.

Amazon stock rose 2.3% in Wednesday premarket trading, and has gained 68.7% over the last year.