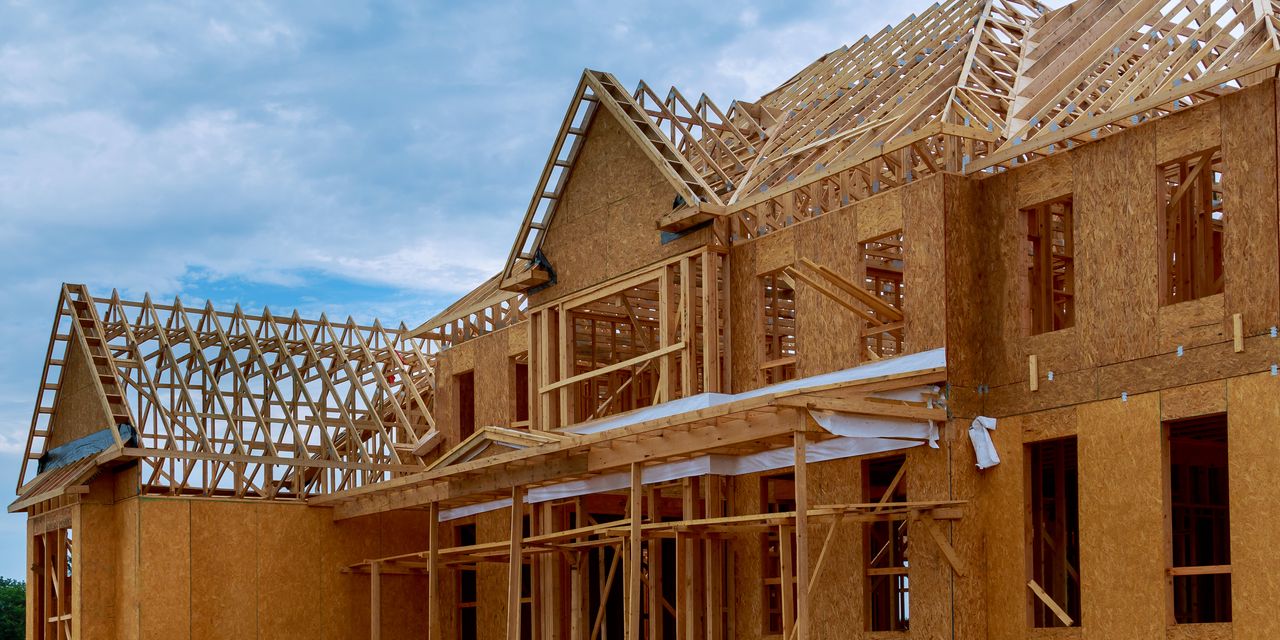 The numbers: Sales of newly built homes occurred at a seasonally-adjusted annual rate of 842,000 in December, the U.S. Census Bureau reported Thursday. That was 1.6% above the downwardly-revised pace of 829,000 in November.

Analysts polled by MarketWatch had projected new-home sales to occur at a seasonally-adjusted annual rate of 875,000.

Compared to 2019, December’s numbers were up roughly 15% year-over-year.

What happened: New-home sales rose across some parts of the country, led by a 30.6% increase in the Midwest. Sales in the Northeast and South fell on a monthly basis, by 6.1% and 5.1% respectively.

Inventory rose slightly to a 4.3-month supply. A six-month supply of homes is generally considered indicative of a balanced market. The median price of new homes for sale was $355,900, up 8% from 2019.

The big picture: Home builders have become a bit less optimistic about the market as of late. While December did not see a repeat of the drop in new home sales that occurred the month before, the increase in sales fell short of expectations. With COVID-19 cases remaining high across the country, it’s likely that buyers are pumping the breaks a bit — but not entirely.

Still, many of the trends that have propelled the market for new homes remain in place. Data from Realtor.com show that home sellers are nervous about entering the market, with new listings dropping now for four consecutive weeks. With inventory of existing homes for sale at record lows, buyers will inevitably be pushed into the market for new homes. (Realtor.com is operated by News Corp subsidiary Move Inc., and MarketWatch is a unit of Dow Jones, which is also a subsidiary of News Corp.)

The question that remains is whether builders will feel compelled to construct more homes at the entry-level end of the market. If that doesn’t happen in earnest, buyers could be constrained by affordability for many months to come.

What they’re saying: “Warm weather should help, as will the record-low supply of available resale homes that has pushed buyers (and remote workers) into the newly-built market,” Sal Guatieri, senior economist at BMO Capital Markets, wrote in a research note.

“This is a seasonal dip, and new home sales are likely to bounce back when we see the January report. Longer-term, they will rise because of demographic factor,” said Holden Lewis, housing and mortgage expert at NerdWallet.