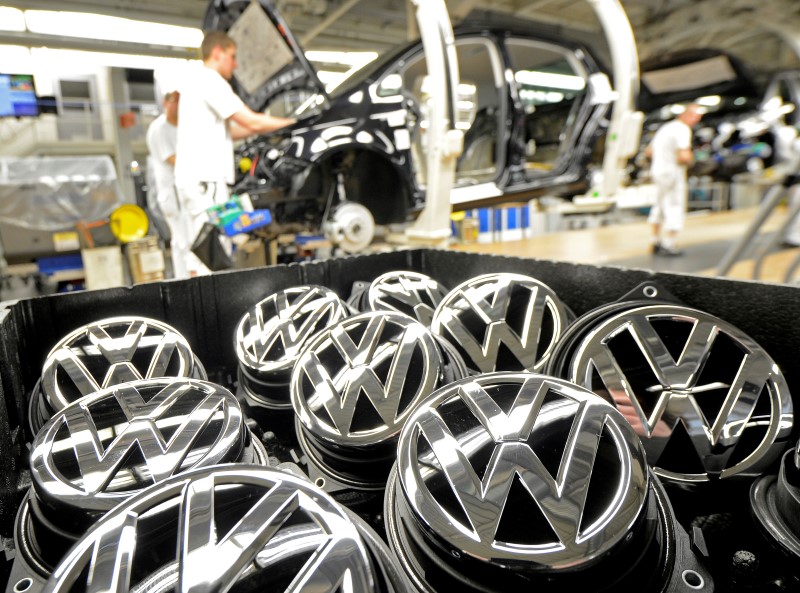 WASHINGTON (Reuters) – Volkswagen AG (OTC:VWAGY) and a German auto supplier on Tuesday asked the U.S. Supreme Court to reverse a lower-court ruling that said two counties could seek financial penalties over excess diesel emissions that could total billions of dollars.

The German automaker’s U.S. unit and Robert Bosch LLC asked the U.S. high court to reverse a unanimous ruling by the U.S. Court of Appeals for the Ninth Circuit that said Utah’s Salt Lake County and Florida’s Hillsborough County could seek “staggering” damages over updates made to polluting diesel vehicles after they were sold.

Volkswagen (DE:VOWG_p) Group of America told the high court the appeals court “decision threatens to throw one of America’s largest industries into regulatory chaos, to the detriment of manufacturers, dealers, consumers, and the environment.”

On Tuesday, the Ohio Supreme Court heard oral arguments in the state’s lawsuit against Volkswagen over emissions damages from 14,000 Ohio-registered cars. VW said in court papers Ohio’s claims “could total $350 million per day, or more than $127 billion per year, over a multi-year period.”

had already purchased and used — to evade emissions laws.”

In September the Environmental Protection Agency announced a $1.5 billion settlement with Daimler (OTC:DDAIF) to resolve allegations it engaged in emissions cheating.

Volkswagen noted Hillsborough County has since sued Daimler and Bosch and cited a county document that it could also bring an emissions-cheating lawsuit against Fiat Chrysler, which is now known as Stellantis.

Volkswagen settled U.S. criminal and civil actions prompted by the emissions scandal for more than $20 billion, but that did not shield it from local and state government liability, the appeals court found, noting they were “mindful that our conclusion may result in staggering liability for Volkswagen.”

The court added it was “due to conduct that could not have been anticipated by Congress: Volkswagen’s intentional tampering with post-sale vehicles to increase air pollution.”

U.S. District Judge Charles Breyer, who ruled in VW’s favor in 2018, noted the automaker’s “potential penalties could reach $30.6 million per day and $11.2 billion per year” in the case involving the two counties.