Home
Stocks
: No “realistic path” for vote by Senate on bigger stimulus checks, McConnell says
Prev Article Next Article
This post was originally published on this site 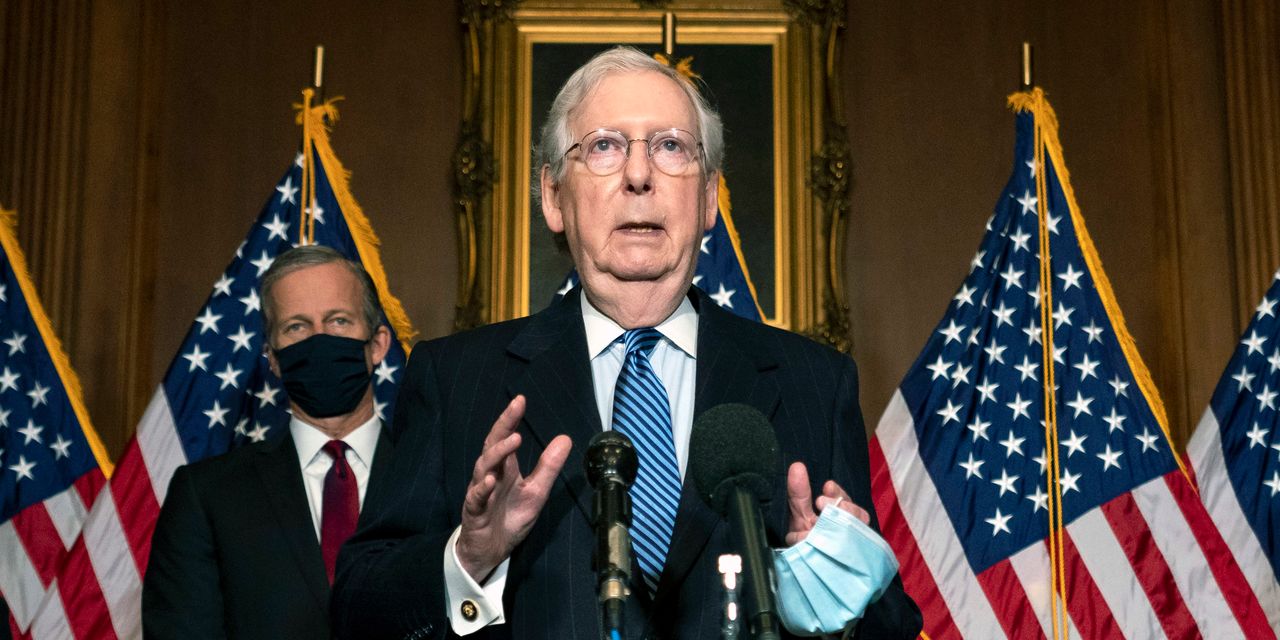 Prospects for larger direct payments to Americans from Washington dimmed Wednesday, as Senate Majority Leader Mitch McConnell said he will not allow a standalone vote on the proposal approved by House Democrats on Monday.

“The Senate is not going to split apart the three issues that President Trump has linked together just because Democrats are afraid to address them,” McConnell said after the Senate began its session, referring to Trump’s support for changing legal protections for Internet companies and investigating what Trump has claimed are instances of election fraud without any evidence.

McConnell added that the House bill passed Monday, that would boost the check amounts to $2,000 from the $600 included in the $900 billion coronavirus aid package signed by President Trump on Sunday, “has no realistic path to quickly pass the Senate.”

Instead, he said the Senate would remain focused on an effort to override President Donald Trump’s veto of a separate defense policy bill,” one way or the other.”

Sen. Chuck Schumer, the leader of the Senate’s Democrats, tried again to get agreement to bring up the House bill to boost the stimulus checks from $600 to $2,000 and expand eligibility for them. McConnell again objected.

The public jockeying for position comes as the Senate is running out of time to pass anything at all, with Jan. 3 seeing the start of the new 117th Congress. That ticking clock led Sen. Bernie Sanders, who favors the larger checks, to threaten to throw the Senate schedule into disarray by filibustering the veto override of the defense bill vote McConnell and many Democrats want.

The Senate is set to have quorum call late Wednesday afternoon to gather absent members and a vote on whether to begin consideration of the Trump veto, which has bipartisan support.