Home
Stocks
: Democrats campaign in Cobb County Georgia despite lack of early voting locations
Prev Article Next Article
This post was originally published on this site 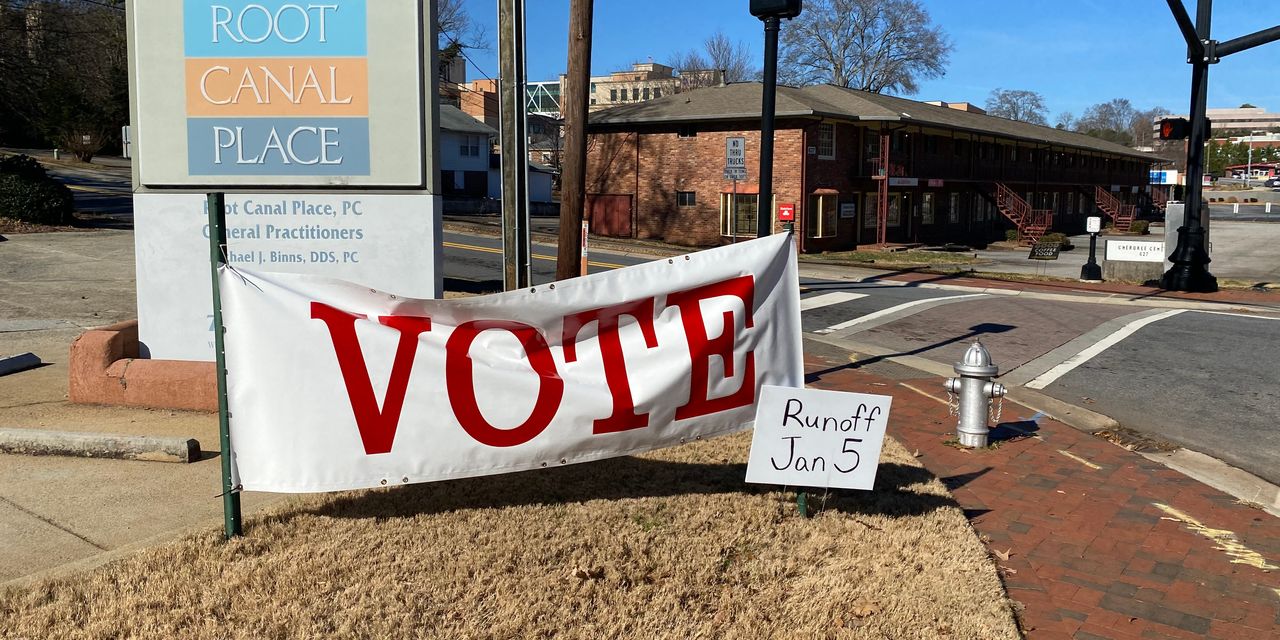 Cobb County, a former Republican voting stronghold of nearly 800,000 Georgians, has become an important precinct for both the Democratic and Republican Party in the Jan. 5 runoff elections for the U.S. Senate, after the tide shifted a bit during the November election.

Despite the heavy voter turnout in the county in the November election, when 393,000-plus cast a vote for president and about 390,000 cast votes for both U.S. Senate seats, only seven early voting stations have been made available this time. One of Cobb County’s largest towns, Smyrna (population 56,738), has only one early voting location which was opened on Dec. 28 through Dec. 31.

The Georgia Senate runoffs have major implications for the incoming administration of President-elect Joe Biden. Wins in both races by the Democratic candidates would mean the Senate is split 50-50, with Vice President–elect Kamala Harris eligible to cast tie-breaking votes.

Democratic challengers Ossoff and Warnock, neither of whom have ever held public office, are potentially hurt most by the lack of early voting precincts in Cobb Country as both men defeated the incumbent Republican Senators by double-digit margins in the county during the November election.

Cobb County Democrats held a voting literature and signage pickup event at their headquarters in east Cobb on Sunday.

“At this point it’s all gas, no breaks,” said Cobb Democrats 1st Vice Chair Essence Johnson. “At events like these we are able to still collect voters, educate voters. This is going to a last ditch effort to reach people.”

“We cannot stop because this is what democracy is,” added Johnson who campaigned on behalf of Democrat Stacey Abrams during her gubernatorial run in 2018. Johnson also ran and lost a race for a Georgia House set in 2018. “Until 6:59 p.m. on January 5 I can still get someone to vote.”

Cars beeped their horns in Cherokee Street, a busy two-lane road through the heart of Marietta, as a Cobb Democrat volunteer waved a “VOTA” (Spanish for vote) sign.

Traffic was busy for a Sunday afternoon and the volunteers took advantage of the warm weather to distribute election material to over a dozen people that stopped by during the hour and a half Market Watch was present.

The unusual dual runoff in Georgia comes after none of the candidates managed more than 50% of the vote in November. Polling shows both races essentially tied, with the result probably depending on which party can best turnout its voters. Roughly 2 million people have cast early ballots, according to state data compiled by the nonpartisan Georgia Votes website.

“I think this year has been a little different,” said Matt Yarborough, 2nd Vice Chair of Cobb Democrats. “There are people that are still waiting to vote on Jan. 5. There’s just a psychology behind seeing people supporting the candidates that makes it more real.”

Cobb Democrats 3rd Vice Chair Eustacia McCloud Carter, a retired U.S. Air Force veteran, believes there are still voters to reach before the end of the early voting period. “There are people that believe they don’t have to come out to vote, but it’s not a done deal yet. This election is important, we have a lot at stake.”

Ossoff has a campaign stop scheduled at the Fayette County Democratic headquarters in Fayetteville Monday afternoon.