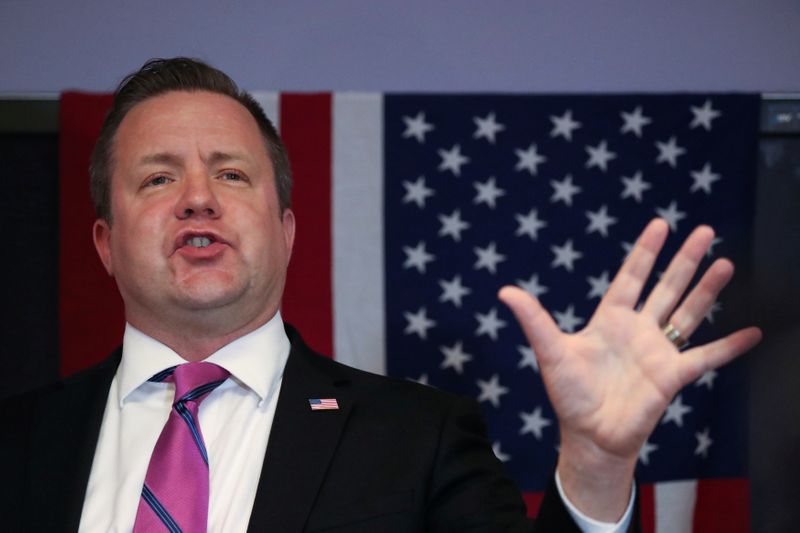 (Reuters) – Corey Stewart, an ardent supporter of President Donald Trump, has been named to a newly created senior post at the U.S. Department of Commerce, where he can help push through hardline policies on China before the end of the administration, according to people familiar with the matter.

The Trump administration has signaled it intends to continue efforts to beef up restrictions on China, despite Trump’s short time left in office. Stewart’s appointment is expected to be used to reinforce the tougher policies, the sources said.

Stewart, an international trade lawyer who lost a 2018 U.S. Senate race in Virginia, will be acting as principal deputy assistant secretary for export administration, the sources said.

Stewart was brought in by the Presidential Personnel Office, the sources said. The office is headed by John McEntee who was tasked by Trump with ensuring loyalty among senior aides at Cabinet agencies.

Stewart is expected to serve in the new role until the end of the Trump administration on Jan. 20.

Stewart ran against Democratic Senator Tim Kaine in Virginia in 2018. He is an outspoken critic of illegal immigration and opposes the removal of Confederate monuments.

Republican Trump has refused to accept the results of the presidential election he lost to Democratic former Vice President Joe Biden, and has launched a series of legal challenges based on unsubstantiated claims of voter fraud.