Home
Stocks
: Jon Stewart returning to TV with new series for Apple: report
Prev Article Next Article
This post was originally published on this site 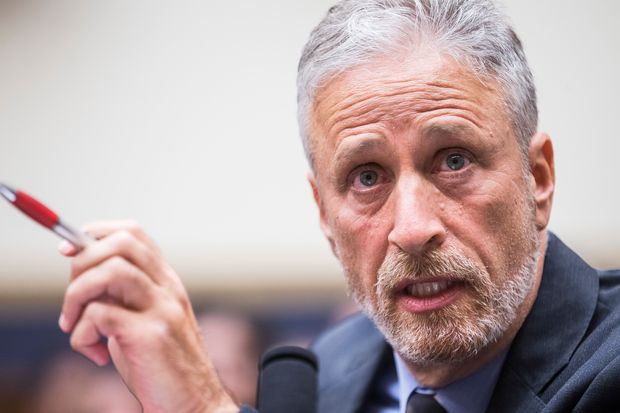 Jon Stewart, former host of “The Daily Show,” is reportedly making a return to TV, hosting an hourlong current-affairs series on Apple TV+.

The Hollywood Reporter broke the news Tuesday, saying the show is part of an extensive, multiyear deal with Apple Inc.’s AAPL, +1.34% streaming service. Stewart will reportedly serve as executive producer for the as-yet-unnamed series, and the deal includes the possibility for making more shows from Stewart’s production company.

The current-affairs show will reportedly be an hour long, with each episode focused on a single subject, a format somewhat similar to HBO’s “Last Week Tonight,” hosted by Stewart’s protege, John Oliver. It is expected to debut next year.

The show could be a significant addition to Apple TV+’s lineup, which has struggled to find a “must-see” series amid tough competition from rival streaming services. Unlike its rivals, Apple TV+ has no library of third-party series and movies to bolster its slim lineup of original offerings.

Stewart’s “Daily Show” won 20 Emmy Awards for Comedy Central between 1999 and 2015, the year he stepped away from the show.

While Apple has not broken out the number of TV+ subscribers, a projection from consumer research firm Statista earlier this year estimated it will have 40 million subscribers by the end of 2020, though that includes many who get the service free for a year after purchasing an Apple device.