Home
Stocks
Dispatches from a Pandemic: ‘Black communities were essentially already sick before coronavirus’: Pandemic highlights preexisting condition with health care and race
Prev Article Next Article
This post was originally published on this site 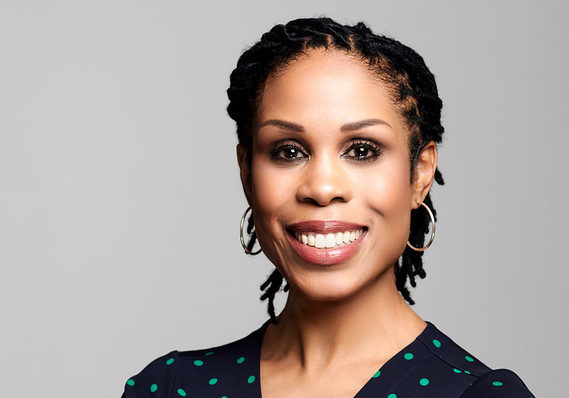 When Uché Blackstock, an urgent-care physician and founder and CEO of Advancing Health Equity, saw initial reports from China regarding characteristics of people who are at higher risk for contracting coronavirus she knew it would spell trouble for fellow members of the Black community.

“Black communities were essentially already sick before coronavirus,” Blackstock told MarketWatch. “They carry the highest burden of chronic diseases like diabetes, high blood pressure, asthma, even obesity.” In addition, health-care institutions in predominantly black neighborhoods are often under-funded and provide lower quality care than in other neighborhoods, she said.

Related: How America perfected the ‘art of demonizing Black men’

The nightmare Blackstock foresaw has become an unfortunate reality.

Nearly one-third of Black Americans have lost someone they know due to coronavirus, compared to 13% across all populations. according to a recent Ipsos/Washington Post poll. Additionally, Black COVID-19 patients have 2.7 times the odds of being admitted to the hospital compared to non-Hispanic white patients.

Before founding Advancing Health Equity, an organization that partners with health-care providers and institutions to help address factors that may contribute to health inequality, Black was an emergency-room doctor for more than ten years.

MarketWatch: During your recent testimony for the Congressional Subcommittee on the Coronavirus Crisis regarding racial health disparities you said that the recent deaths of George Floyd, Breonna Taylor, Ahmaud Arbery and Tony McDade, like health disparities, are a “symptom of the same deeply rooted disease in this country: Structural racism and white supremacy.”

Uché Blackstock: When you look historically at how Black communities have been marginalized and divested in, most of it is because of practices and policies, a lot of them from our own federal government that either intentionally or unintentionally gave advantages to white Americans over Black Americans.

“ ‘When you look at police violence and the ability of a state-sanctioned agency to actually kill, and to kill a black person and not be held accountable — that’s part of the same system that has devalued black lives and Black bodies.’ ”

For example, redlining influenced decades of investment in neighborhoods, and because neighborhoods that were predominantly Black or other ethnic minorities got low ratings, home ownership was particularly low. So if there’s a neighborhood where there’s a low [rate of] home ownership rate, that actually influences the quality of education because property taxes in this country are tied to how much money is given to the educational system in a given neighborhood. When you look at maps of places that were redlined, you can actually superimpose them to present-day on the neighborhoods that have the highest infant mortality rates, or the shortest life expectancies or the highest asthma rates.

Related: ‘The housing emergency most harms people of color:’ Black Americans face an unequal housing market — and coronavirus could make it worse

When you look at police violence and the ability of a state-sanctioned agency to actually kill, and to kill a Black person and not be held accountable — that’s part of the same system that has devalued black lives and Black bodies. The same system that has created a country where we have these very profound racialized health disparities also.

“ ‘For us to really see any improvement and to close the gap in disparities, it’s really going to require federal, state and local funding and investment in Black communities’ ”

MW: In your testimony, you also shared a story where you saw an elderly Black man who was experiencing shortness of breath, fever and low oxygen levels. You urged him to visit the nearest emergency room, but he told you he didn’t want to go because he thought he wouldn’t receive good care.

How did you respond to him in that instance? Is this something you witness frequently with Black patients you see?

UB: I told him it’s hard for me too. I’m a Black woman I’m a Black physician, and I get it. But I said your oxygen is on the borderline and I’m worried that if you go home something bad will happen. So I told him, “I’m going to really need you to go because you need oxygen and that’s the only place where you can get oxygen.”

Don’t miss: After Juneteenth, a reminder that millions of African Americans have NO access to affordable health care or quality education

But this distrust did not come out of the blue, it’s because there’s been distrust for a very long time between Black communities and the health-care system.

One example of this is the Tuskegee syphilis study that went on from the 1930s to the 1970s. That was a study where uneducated men in the South, who were diagnosed with syphilis were never told they had syphilis. They were told they had “bad blood”, it was funded by the U.S. Public Health Service. These men never gave informed consent. They were never told of their real diagnosis, even once a treatment, penicillin, had been found.

“ This distrust did not come out of the blue, it’s because there’s been distrust for a very long time between Black communities and the health-care system. ”

MW: There’s been some work on Capitol Hill to address the problems we discussed. Obviously, there probably isn’t a quick fix to all this, but where do you think there are signs of hope in terms of narrowing the racial health-inequality gap?

UB: In this unprecedented time it feels like we’re at an inflection point, that we’re having conversations that we haven’t had before and in a really frank, honest and candid way about racism. I’m hoping that in this moment that real structural change will happen, and I do know that there are several other House committees like the Energy and Commerce Committee that have recently held hearings around racial disparities that are interested in drafting legislation.

But for us to really see any improvement and to close the gap in disparities, it’s really going to require federal, state and local funding and investment in Black communities because essentially all the wealth and all the resources have been sucked out of it, and that and that has had a direct effect on the health and safety of our communities.