Home
Stocks
Deep Dive: Think it’s too late to buy big tech stocks? Here’s an overlooked comeback play with a 5% dividend
Prev Article Next Article
This post was originally published on this site 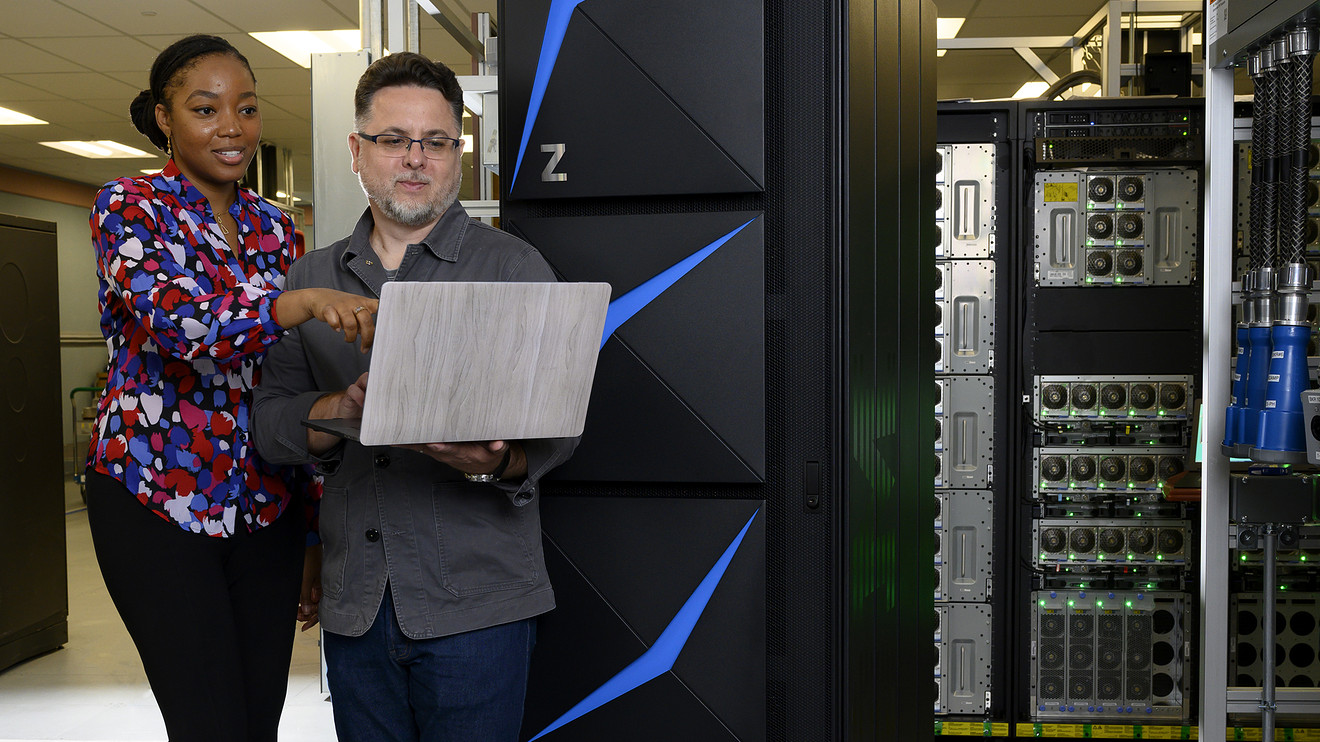 (This is the first in a series of stories about technology stocks that investors may be overlooking.)

International Business Machines Corp. has suffered disparagement like no other large-cap tech name because the 109-year-old company has seemingly failed to innovate, while tens of billions of dollars spent on stock buybacks didn’t help investors.

But the company appears to be moving in the right direction, setting up a potentially attractive long-term investment for those with patience, according to Victoria Greene, a portfolio manager at G Squared Private Wealth.

G Squared is based in College Station, Texas, and has about $500 million in assets under management in private accounts.

“ ‘IBM’s artificial intelligence is leaps and bounds ahead of competitors, since they have invested heavily in it for 10 years.’ ”

In an interview, Greene discussed IBM’s new direction under Arvind Krishna, who stepped up to become CEO in April, after leading IBM’s acquisition of Red Hat in July 2019. She touted the company’s “blue chip dividend” yield of more than 5%, which is well-supported by cash flow, and pointed to “a transformative three to five years as it sheds its older legacy business and refocuses on growth.”

Scroll the table to see all the data — especially the price-to-earnings ratios.

In a partially shuttered economy, earnings estimates are suspect, but the largest of the rapidly growing tech companies have been sailing through. The group above is up by double digits, except for Alphabet. For most, forward P/E ratios (based on consensus estimates for 12 forward rolling months among analysts polled by FactSet) have increased considerably.

Meanwhile, the S&P 500 information technology sector has returned 9% this year (including reinvested dividends), the only sector with a gain through June 12. The S&P 500 Index SPX, +0.83% has declined 5%.

Over the past 12 months, IBM has generated $13.55 a share in free cash flow (remaining cash flow after planned capital expenditures), for a free cash flow yield of 11.36%. That’s tremendous coverage of the dividend. In fact, IBM is one of the highest-yielding components of the S&P High Yield Dividend Aristocrats Index SPHYDA, +1.14%, which includes companies that have increased their regular dividend payouts for at least 20 consecutive years.

What’s going on at IBM?

For the first quarter, IBM reported total revenue of $17.6 billion, down 3.4% from a year earlier. Of course you never want to see a sales decline for a tech company you’re invested in. Here are first-quarter sales growth rates for the FAANG plus Microsoft group:

So all of the FAANGs plus MSFT group grew first-quarter sales by double-digit percentages except for Apple, which suffered from the closure of its stores and the iPhone production decline in China.

But there is a silver lining in IBM’s numbers — the Red Hat unit’s sales were up 18% from a year earlier (before the company was acquired by IBM).

G Squared Wealth’s Greene, a former broker and portfolio manager at Merrill Lynch, is a believer in CEO Krishna’s plan to pivot the company toward the cloud industry. She sees “huge” potential for growth in IBM’s artificial intelligence/Watson business.

“IBM’s AI is leaps and bounds ahead of competitors, since they have invested heavily in it for 10 years,” she said. Investments include the Weather Channel, which IBM acquired in 2016, “for its data and machine-learning tools.”

An important argument against IBM as an investment over the past 10 years has been the apparent lack of focus in new areas for growth. For 10 years through 2019, the company spent $88.2 billion on share repurchases, but the share price increased only 2%.

Of course, shareholders continued to enjoy an increasing dividend, but with dividends reinvested, the stock still returned only 37.5% for that 10-year period, while the S&P 500 Index returned 257%, according to FactSet. (IBM suspended buybacks last year to reduce debt. Over the five years through 2019, the company spent $18.2 billion in buybacks, down from $70 billion in the previous five-year period.)

For eight of those 10 years, Virginia Rometty was in charge as IBM’s CEO. She stepped down from that role when Krishna took over in April, but she remains the company’s executive chairman.

Sell-side analysts aren’t thrilled with IBM. Of 20 polled by FactSet, only five rate the shares “buy,” or the equivalent. In contrast, all of the FAANG stocks (plus Microsoft) have majority “buy” ratings.

In May 2017, Berkshire Hathaway Inc. BRK.B, +0.18% CEO Warren Buffett, known for his patience with long-term investments, said he was “wrong” years earlier when he decided to begin purchasing shares of IBM, and that Berkshire had been selling some of its shares. Buffett confirmed a year later that Berkshire had exited its IBM investment completely.

While acknowledging that many investors aren’t buying IBM’s culture change yet — the stock is down 7% this year, including reinvested dividends — Greene is in it the for the long haul, as well as the solid dividend.

“IBM bought the right thing,” she said, referring to the Red Hat purchase.

The unit’s area of expertise, hybrid cloud, is critical, as many companies still need to integrate legacy systems and physical infrastructure for cloud functionality. And that could be an important opportunity for IBM to swing back to revenue growth.