Home
Market
Auto supplier Bosch sees global car production down 20% in 2020
Prev Article Next Article
This post was originally published on this sitehttps://i-invdn-com.akamaized.net/trkd-images/LYNXNPEG3S0IM_L.jpg 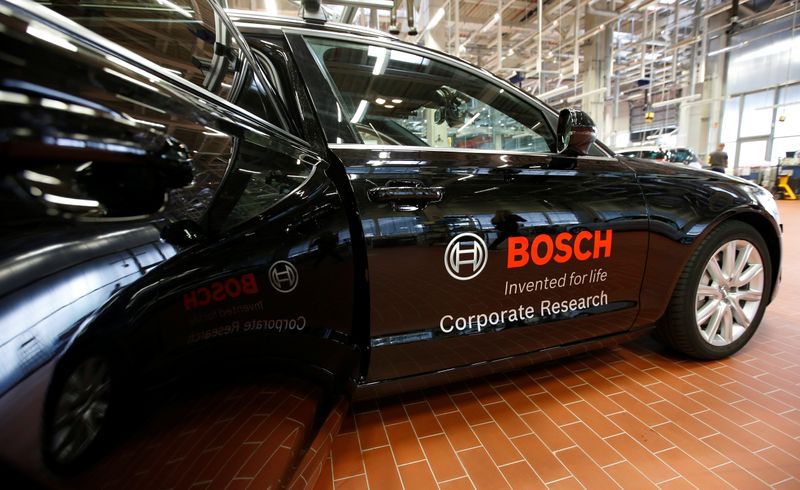 “We are bracing ourselves for a global recession that will also have a considerable impact on our own performance in 2020,” Bosch Chief Financial Officer Stefan Asenkerschbaumer said in a statement.

“Given the many imponderables, we feel unable to make a reasonable forecast for the Bosch Group for the year as a whole. It will take a supreme effort to achieve at least a balanced result.”

To cut costs, Bosch has pushed out timeframes for making investments, reduced working hours for half of its staff in Germany and imposed salary reductions. Managers and executives are taking a 20% pay cut in April and May.

“Even if production has been ramped up again in China, and European industry is preparing for a ramp-up of its own, we have to steel ourselves for a severe global recession over 2020 as a whole,” the company said.

In January, before the coronacrisis had become a global pandemic, Bosch warned that global car production may have already reached its peak and released preliminary full-year earnings which showed weaker demand in Asia.

In the medium term, Bosch plans to return to a roughly 7% margin from operations.

The EBIT margin in its mobility services division, which includes automotive parts, fell to 1.9% last year as the Stuttgart-based supplier was forced to invest in the shift from combustion-engined to electric cars and to restructure its business.

Research and development expenditure rose by 7.8% to 6.1 billion euros, it said.

Group sales have continued to show weakness, dropping by 7.3% in the first quarter with the Mobility services segment showing a 7.7% decline.

Separately, Bosch said it will be capable of producing half a million facemasks a day after using its special purpose machinery unit to build a production line for facemasks.