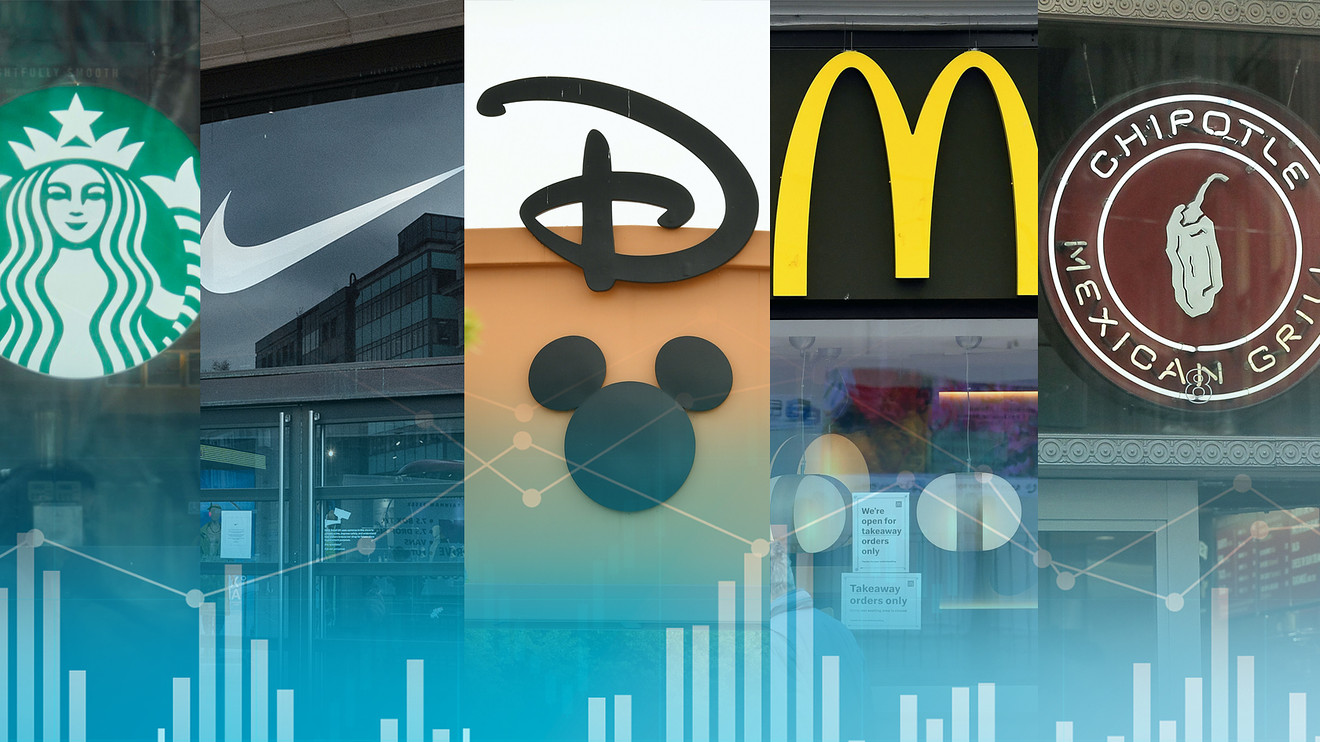 In confusing times like these, it pays to keep things simple.

No one knows whether bankruptcies will soon rip through the economy, or if earnings season will tank the stock market anew. Or whether we’ll go into lockdown mode in the winter because Covid-19 returns after a summer lull.

But two things are certain.

We will come out on the other side of this at some point as the world did even with the Spanish flu, which was much more deadly. And when we do, the most powerful consumer brands will still be standing, ready to pick up where they left off.

Jeff Reeves:Pocket gains in these five stocks that have surged lately — then flee

To make my list, businesses had to have two qualities.

1. They had to belong to a new category of companies I’m suggesting in my stock newsletter, Brush Up on Stocks. I call them public-gathering-place stocks.

Shouldn’t you avoid these because they are among companies getting hit the hardest by Covid-19 worries? No. You should run toward them. Stocks getting hit harder have more ground to make up as we rebound. They are more likely to outperform the S&P 500 Index SPX, +2.56% or Dow Jones Industrial Average DJIA, +2.09%.

For example, they’ll probably do better from here than a power brand company like Microsoft MSFT, +4.30%. Its shares are not down as much as those of restaurant chains and amusement park operators for an obvious reason. Microsoft doesn’t rely on prohibited public gatherings to make money. As a result, there’s probably less potential upside for the software giant.

2. Brands had to be highly rated by brand experts, not just familiar names. Disney, Nike and McDonald’s are top-20 global brands, according to Interbrand. And Starbucks, Chipotle and McDonald’s rank high among young people. That’s important, because they’ll drive the next long wave of consumer spending.

Aside from the staying power that assures power brands will thrive on the other side of the virus, companies with strong brands offer investors the following advantages.

• They have exceptional financial strength. This balance sheet strength derives, in part, from their brand power. It means they can now easily tap the credit markets as cash flow dries up because of shelter-in-place orders.

For example, going into the coronavirus-related economic meltdown, Starbucks has $2.5 billion in cash. To free up extra liquidity, it did a $1.75 billion bond issuance on March 10 and used the proceeds to repay shorter-term commercial paper. It also has $3 billion in credit facilities on hand, and it took out a $500 million term loan on March 20. This allows Starbucks to maintain its dividend, and continue to pay employees through May 3 even if they are not working, which will help keep its workforce intact.

It’s a similar story at Nike.

“Liquidity will not be an issue,” Nike CFO Andy Campion told investors in the company’s late March earnings call. “To ensure resilience during challenging times, we have long maintained a strong balance sheet, a strong investment grade credit rating, and ample access to capital.”

Even though they both had a lot of cash, Nike and McDonald’s also floated bonds recently to raise more cash.

• Competitors aren’t so fortunate, so power brand companies are stealing their market share.

As Nike’s business comes back in China and South Korea, now that business restrictions are being lifted, it is outperforming competitors, Nike CEO John Donahoe said in the company’s late March earnings call. So Nike will come out of the coronavirus crisis in an even stronger position, he predicted.

• Companies with power brands had solid business momentum going into this. My five companies had annual revenue growth of 5% (Starbucks and McDonald’s) to 15%-17% (Chipotle and Disney) just before the coronavirus meltdown. That is pretty remarkable growth, given how big these companies are. McDonald’s did $100 billion in revenue last year when it served 70 million people a day in over 100 countries, for example.

This kind of momentum suggests they will be able to pick up again where they left off when virus fears subside.

• Power brands are a source of protective moats, which will benefit investors as the world returns to normal. Starbucks, Nike, Disney and McDonald’s all have wide economic moats, thanks largely to their brand power, according to analysts Morningstar. Chipotle has a narrow moat.

Like Warren Buffett, Morningstar counts moats among the most important qualities to look for when investing. Morningstar even has an exchange traded fund dedicated to this theme, called VanEck Vectors Morningstar Wide Moat MOAT, +1.93%.

Disney even has power brands within its own power brand — in the form of household names and titles like ESPN, ABC, “Star Wars,” “The Lion King,” “Toy Story” and “Avengers.” And for Disney, at least, there is a silver lining in Covid-19.

Because these power brand companies are so big, many have extensive operations in China, Japan and South Korea. Trends at two of these companies suggest the U.S. economy will begin to reopen and climb out of the hole at the start of May.

Since coronavirus hit in China, Japan and South Korea first, they’re also among the first to reopen their economies.

“The trendlines in all three countries were similar,” says Nike’s Donahoe. Containment took five to six weeks, followed by the beginnings of a tentative recovery stage, which sees consumers back on the streets and retail traffic coming back.

Nike, for example, has reopened about 80% of its stores in China, including in Wuhan.

“Consumers are in the stores. They’re often wearing face masks, but they’re back on the street,” says Donahoe. “The results are encouraging. We are now seeing double-digit increases in retail traffic week-over-week with some stores having already returned to prior-year levels.”

Starbucks has reopened about 95% of its stores in China. It was seeing steady sales improvements through the end of March, the company wrote in an April 8 update. By the last week of March, the declines in comparable-store sales had been cut in half. Mobile orders were down by nearly two-thirds from peak levels because consumers were going back into stores.

“Each week, we see more evidence reinforcing our belief that the business will fully recover over the next two quarters,” the company said.

If the timeline is similar in the U.S., retail sales and the economy will start to revive by early- or mid-May, and many parts of the economy may be getting back close to normal by the end of the year.

At the time of publication, Michael Brush had no positions in any stocks mentioned in this column. Brush has suggested DIS, MCD, NKE, SBUX and CMG in his stock newsletter, Brush Up on Stocks. Brush is a Manhattan-based financial writer who has covered business for the New York Times and The Economist Group, and he attended Columbia Business School.