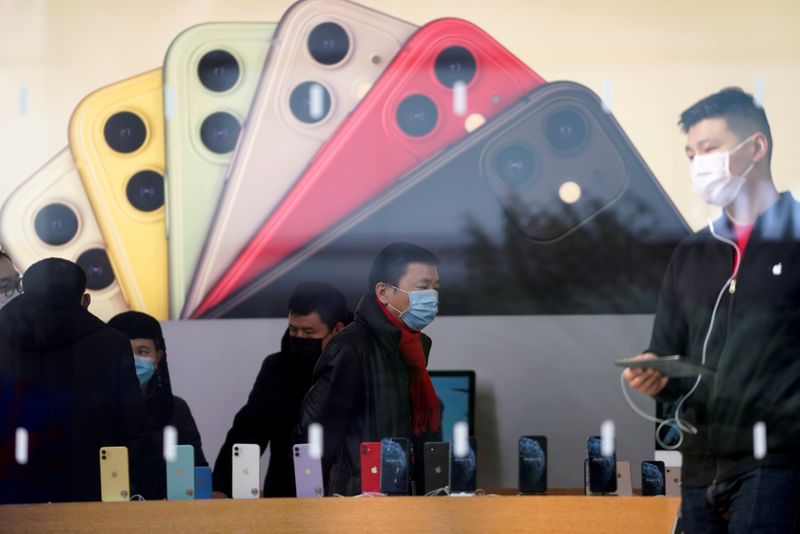 Smartphone companies are hoping for a strong recovery in demand in China, where the deadly coronavirus is subsiding, just as it spreads overseas and looks set to trigger a global recession.

Mobile phone shipments in China in March totalled 21 million units, according to data from the China Academy of Information and Communications Technology (CAICT), a government think tank.

That was a more than three-fold increase from February, yet still down roughly 20% compared with March 2019.

Chinese retailers largely resumed operations by early March, with brick-and-mortar outlets re-opening and e-commerce logistics getting back in gear after the virus and tough containment measures brought much of the economy to a standstill in the first two months.

Apple shipped roughly 500,000 phones in China in February, according to the CAICT.

Many smartphone makers are now hoping that sales in China can cushion declines in overseas markets in coming months.

In its quarterly earnings call, the then-CFO of Xiaomi Corp (HK:1810) said that the Chinese market had recovered to roughly 80% of its normal levels.

The company later wrote a letter to the government of India, one of its largest markets, requesting that it consider smartphones an essential commodity and therefore exempt from shipping restrictions.

Earlier this month several Chinese online retailers slashed prices on iPhone 11 models. Apple has let third-party sellers in China offer discounts in the past in order to spur demand.

The company announces its quarterly earnings results on April 30.