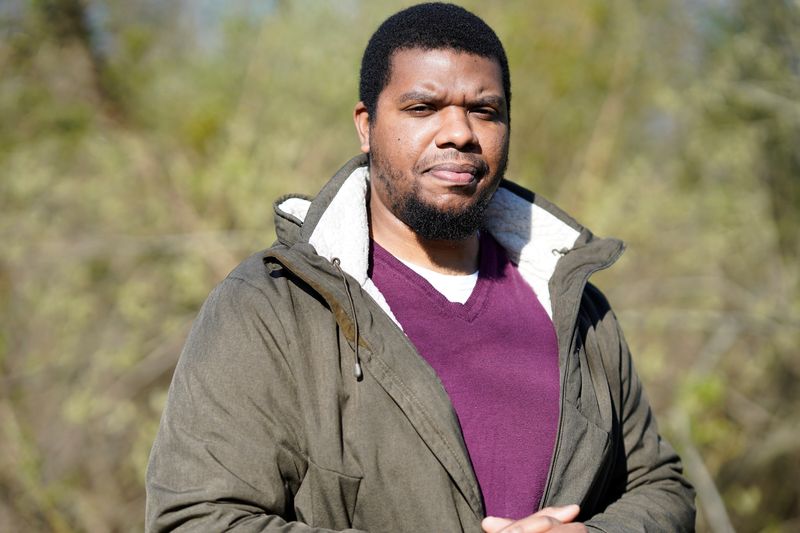 That benefit did not extend to Meagan Christensen, 34, an Iowa warehouse worker who packs online orders of Birkenstock sandals, swimsuits and $60 face cream. The facility recently closed for cleaning after a co-worker contracted COVID-19, but it reopened 36 hours later.

With Americans stuck at home, warehouse workers scramble to fill surging online orders. Some, such as Amazon.com Inc (NASDAQ:AMZN) and Walmart (NYSE:WMT) Inc employees, often ship groceries and other essentials. Others risk their health for furniture or fashion retailers such as IKEA, Wayfair Inc or Macy’s Inc.

Government stay-home orders have carve-outs for warehouses or e-commerce operations, allowing a wide array of retailers to piggyback on exemptions intended primarily to ensure the flow of necessities. The loophole means a large segment of retail workers – who often have scant benefits or sick time – must choose between their health and their paycheck. Some retailers, including Wayfair, Kohl’s and Macy’s, have given workers letters from executives to show police if they are stopped while commuting.

“A lot of people are scared” at Nordstrom, said Christensen, who says she earns less than $40,000 per year and is enrolled in the company’s health insurance plan. “We’re selling designer-line apparel and cosmetics. None of this is make-it-or-break-it for the current situation.”

Nordstrom said its online operations are keeping its business afloat – and ensuring workers’ livelihoods for the long term.

As in-store sales evaporate, retailers are chasing a captive audience – stuck inside, bored, tempted to shop online. Macy’s ads, echoing others, tout “our lowest prices of the season right now!”

Those orders are filled by warehouses employing hundreds of people. Stephanie Morris, 57, works for IKEA in New Jersey, shipping sofas and shelves. She says she checks her temperature before each shift. “People don’t understand that, when you order something, there’s got to be someone there to pull that merchandise,” she said.

The firms said they prioritize safety by cleaning, encouraging social distancing and providing protective gear. Kohl’s, Walmart and IKEA said their workers’ temperatures are checked before shifts, although several IKEA workers said that’s not happening at their warehouses.

IKEA and Wayfair called their products essential to people who suddenly need home-office furniture or other household items. Consumers depend on “companies like Wayfair to keep them supplied with the items they need for their homes during these challenging times,” Wayfair said, adding that the government has recognized its crucial role.

A recent report from the Brookings Institution think tank estimated that between 49 million and 62 million U.S. workers – 34% to 43% of the total workforce – are employed in industries deemed to be essential under what the organization called a “sweeping” federal definition. Those industries, Brookings found, tend to employ lower-wage workers who often have less health insurance than most Americans.

Online sales amount to an understandable “survival strategy” for a sector that is important to consumers, investors and the economy, said Thomas Kochan, a management professor at the Massachusetts Institute of Technology. But staying open also creates an obligation to give workers more say in benefits and protections.

“The companies may view these workers as essential,” he said, “but they’re not treating them as essential.”

Workers themselves are often torn about continuing to work. One of Christensen’s Nordstrom co-workers, Makenzie McMullen, 28, called the warehouse environment a “ticking time bomb,” and yet said she was “very conflicted” about whether to stay home.

“I do love my job,” she said. “I wouldn’t have been there the last three years if I didn’t.”

Luxury retailer Neiman Marcus Group has asked, but not required, workers to report to shuttered stores to package online orders for sweaters, handbags and other items.

“Every sale counts right now!” wrote a Neiman manager at Pennsylvania’s King of Prussia Mall, in an email to employees. The pandemic has put Neiman in especially dire straits: It is straining to make payments on about $4 billion in debt as it prepares for a possible bankruptcy. Neiman did not comment on whether it has extended additional benefits, but said its precautions include cleaning and temperature checks.

Some retailers offer more generous pandemic-related benefits than others. Macy’s gave e-commerce employees two weeks of extra paid leave to use anytime. Nordstrom said it would pay infected workers’ medical bills and salaries until they recover.

Other companies, such as Amazon, Walmart, Target, O’Reilly, Wayfair and IKEA, offered warehouse workers one or two weeks of additional leave if they test positive or get quarantined by a medical professional. IKEA’s policy also applies to workers showing COVID-19 or flu symptoms, those with family members showing symptoms, and workers with underlying health conditions that heighten the threat of the virus, the company said.

Another worker at IKEA’s New Jersey warehouse, Tiwaan Bradley, 46, has diabetes and lupus, putting him at high risk. When he learned that a co-worker’s wife had tested positive, he stayed home and depleted his sick pay. He said he didn’t learn he might qualify for two weeks of extra sick time until this week, when a manager told him as he was taking up other workplace issues with the company in his role as a union shop steward.

The extra two weeks of paid leave will help, he said, but likely won’t last him through the pandemic. He said he’s balancing the need for income with protecting his health.

“In order for me to take care of my family,” Bradley said, “I have to be alive.”

Some Kohl’s and Nordstrom in-store workers have the option to return to stores to help with online orders. Other retail employees have been furloughed – allowing them to keep their health benefits and apply for government unemployment insurance, an option some warehouse workers say they wish they had.

Rae Jones, 29, works at an O’Reilly Auto Parts warehouse in Alabama. She has an autoimmune disease that has already consumed what little sick leave she had, so she continues to work. The company offered no additional virus-related sick leave unless she tests positive for COVID-19. It has not regularly provided sanitizer, she said, so she started giving workers her own homemade concoction of Everclear grain alcohol and aloe vera.

Twice in the last few days, Jones said, dozens of O’Reilly employees walked out in protest over a lack of personal protective equipment. O’Reilly Auto Parts did not comment on the walk-outs or worker complaints, but said it has disinfected warehouses and provided cleaning supplies.

Cyndi Murray, a Walmart employee in Maryland, said workers must submit a positive coronavirus test and a doctor’s note to a third-party online system to apply for extra paid leave. Decisions take two to seven days, she said, leaving workers in limbo.

Walmart spokesman Kory Lundberg said the system takes at least two days but did not address concerns about delays. He said employees who test positive, run a high fever or are quarantined can qualify for two paid weeks off.

Amazon has taken heat from some workers over safety. Staffers at its Staten Island, New York, facility protested in late March, demanding the facility’s closure for deep cleaning after workers tested positive. Similar protests followed elsewhere. Amazon said it fired the employee who organized the Staten Island protest because he didn’t quarantine himself after contact with an infected worker.

A Minnesota Amazon warehouse does not provide enough masks, sanitizer or gloves, said worker Sahro Sharif. Managers instruct workers to wash their hands and clean work stations, Sharif said, but keeps them too busy to do so.

Stephanie Haynes, an Amazon employee in Joliet, Illinois, said the company did not shut down her warehouse after a worker tested positive. Instead, Amazon checked surveillance cameras to determine who had worked within six feet of the infected staffer and asked those employees to self-quarantine. Others were asked back to work, even if they were convinced they had been exposed, she said.

Amazon spokeswoman Kristen Kish said the company distributes masks, sanitizer and wipes, but did not address complaints of shortages. Amazon is taking “extreme measures” to ensure safety, she said. She did not answer questions about company protocols for shutting warehouses after confirmed infections.

In late March, Wayfair workers at a New Jersey warehouse were told an employee had tested positive. The building closed for cleaning and reopened 24 hours later. A second employee tested positive on Sunday.

Wayfair said 13 workers have tested positive, and in each case it cleaned facilities and identified those in close contact with infected staffers. The company said it paid all employees during closures and paid workers in quarantine.

Akeel Sudlow, 28, works at the warehouse as an IT support engineer. When he requested to work from home, citing ill health and school closures, his manager said he could go unpaid, according to communication seen by Reuters.

“Unless I’m sick and dying, there’s no support for me,” said Sudlow, who has stayed home without pay for a month.

The company said it has allowed workers to work from home if they can effectively do their jobs there.

Anthony Costa, who works for Macy’s in Connecticut, decided to use up his leave time to avoid the warehouse after seeing crowded conditions and limited sanitation supplies.

“To have a thousand-dollar pair of shoes is something that in my opinion is not essential,” said Costa, who loads merchandise and drives it a short distance between two warehouses. “You could wait until this is over to order some Gucci sunglasses.”

Workers at IKEA have questioned why they risk their health to ship decorative plastic trees, knick-knacks and couches. Ahnisohn Harmon, 42, who works at a New Jersey warehouse, described a tense environment, with heightened awareness of every cough and workers constantly diagnosing one another. The company encourages social distancing, he said, but employees are often lifting items weighing 50 pounds or more – requiring a partner.