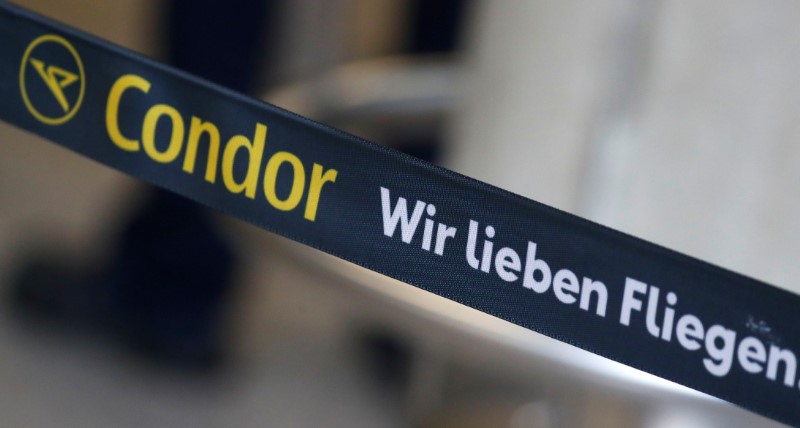 BERLIN/MUNICH (Reuters) – The German government stands ready to take over Condor as a deal for the airline to be bought by Polish rival LOT is likely to collapse in the industry turmoil caused by the coronavirus crisis, several people familiar with the matter told Reuters.

LOT agreed in January to buy Condor for about 300 million euros ($328 million) to create a leading European aviation group with more than 20 million passengers a year.

But with planes unable to fly because of travel restrictions, compounded by a plunge in demand over fears of contagion, airlines worldwide have grounded most of their fleets, and many have said they need government support to survive.

Last week, airlines urged governments to speed up bailouts to rescue the air transport industry, as they doubled their estimate of 2020 revenue losses from the health crisis to more than $250 billion.

LOT owner PGL has made completion of its takeover deal contingent on certain financial guarantees that the German government considers unacceptable, the sources said, adding no final decision on Condor’s immediate future had been taken.

“LOT has some issues with the deal financing”, one of the people said, while another said a government decision could come as early as this week.

Condor said it was in talks with all parties involved and no decision had been made yet, declining to comment further. PGL and the German economy ministry declined to comment.

Nationalising Condor would only be for a limited time as Germany aims to restart a sales process as soon as the stranglehold on the travel industry from the coronavirus pandemic has eased, the sources said.

Condor is a former unit of Thomas Cook, the holiday company that collapsed in September. A 380 million euro ($415 million) state bridging loan allowed the carrier to be rescued.

Last week, Condor applied for an additional 200 million euros in state aid in the wake of the coronavirus outbreak, according to people familiar with the matter.