Home
Stocks
The Fed: Here’s how to think about the economy right now, says Fed’s Bullard: A car slowing in a construction zone
Prev Article Next Article
This post was originally published on this site

St. Louis Federal Reserve President James Bullard warns that because of the coronavirus pandemic, second-quarter economic data will likely be worse than any we’ve ever seen, but he urged Americans to see this as a temporary roadblock.

In a teleconference with reporters Wednesday, Bullard used the analogy of a car speeding down the highway only to come over a hill to discover a construction zone ahead.

The car has to slow down and go half-speed to navigate the lane shifts, but there is nothing inherently wrong with the engine, he said.

Bullard said he thought the U.S. economy might recover strongly by autumn.

There was no question that the second quarter will be ugly, he said. The data will be on an “unprecedented” and “unparalleled” scale.

“The numbers for the second quarter will be unparalleled compared to U.S. macroeconomic history,” he said. 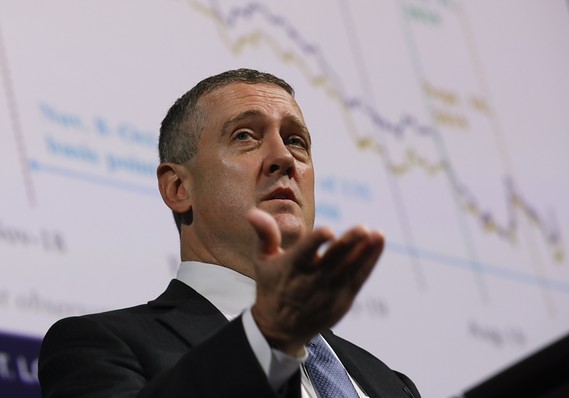 In prior interviews, Bullard said GDP might contract as much as 50% on annualized basis in the second quarter and the unemployment rate could hit 30%.

He argued that this shouldn’t be labeled a recession because the slowdown is intentional as businesses pull back to save lives from the coronavirus.

But by the time the third quarter starts in July, Bullard said there could be a “transition” time where some businesses reopen while others remain closed.

By October, work could resume on projects delayed since the spring, leading to a possible “boom” period that lasts into 2021, he said.

Bullard admitted that no one really knows the exact timeline for a recovery.

He repeated that July 1 might be a good checkpoint when estimates can be recalculated.

Asked if the Fed could do more to help stabilize the economy and financial markets, Bullard said it was time for the central bank to “execute” on the myriad of emergency lending programs it has started.

The Fed has undertaken an alphabet soup of programs to get assistance to all aspects of the financial markets including: U.S. Treasury debt, commercial paper, corporate bonds and municipal bond markets.

U.S. equity benchmarks traded higher Wednesday after Congress reached a deal on a $2 trillion coronavirus relief measure. The S&P 500 index SPX, +2.84%   was higher as were other measures.