Home
Stocks
Market Extra: As the stock market is in turmoil, here’s what experts are watching for as the NYSE operates without humans for the first time
Prev Article Next Article
This post was originally published on this site 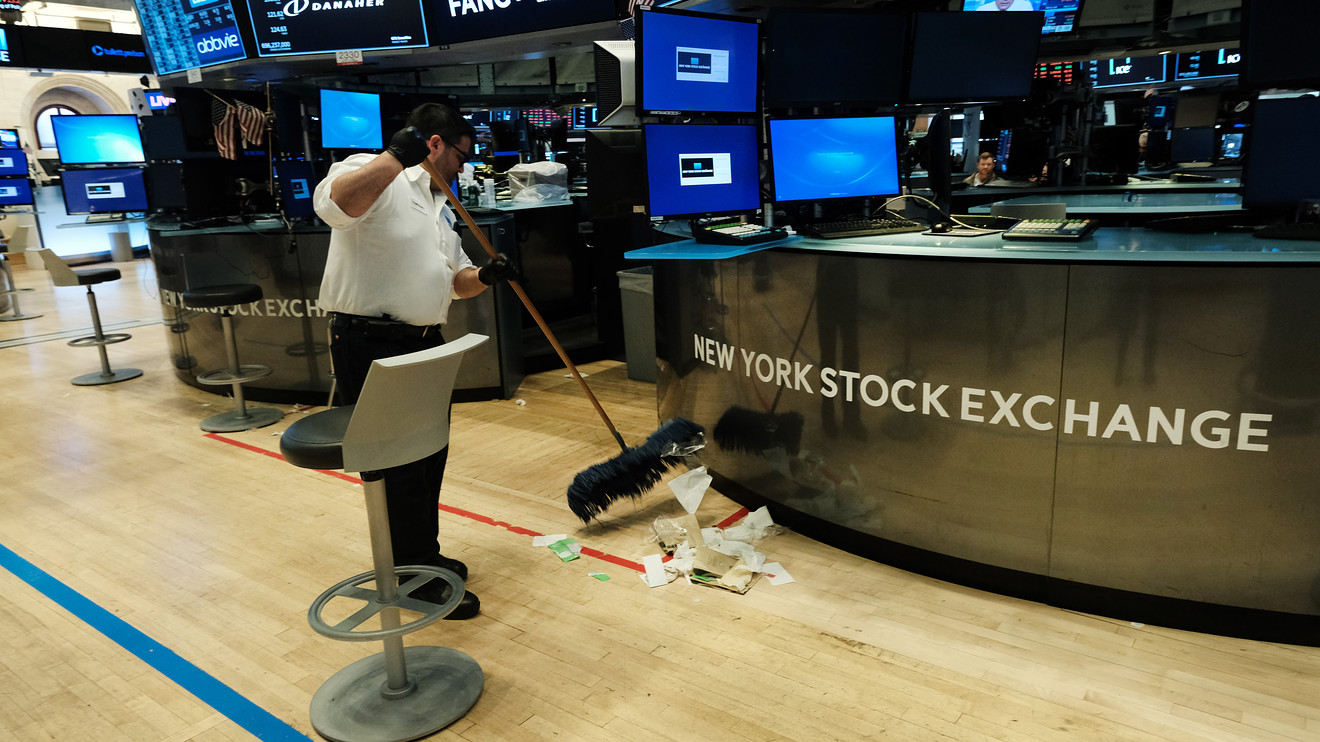 The New York Stock Exchange is going all-electronic on Monday, marking the first time that the centuries-old exchange will operate in regular hours without its legion of trusted flesh-and-blood floor traders.

“It’s unprecedented, it’s never happened before,” said one NYSE official who declined to be identified because they weren’t authorized to publicly talk about the exchange’s operations. “Our markets have never been open while our trading floor’s not open.”

James Angel, professor at Georgetown University and an expert in market structure, told MarketWatch on Sunday that the stakes for the NYSE are “very high.”

To put things into perspective, the NYSE traces its origins back to May 16, 1792, and in 1817 the New York Stock Exchange Board was formed. And over those past 228 years, the NYSE has never operated without a group of traders functioning as the anchor to the U.S.’s biggest trading platform by market share. The NYSE has shut on a number of other occasions, most recently in 2012 during superstorm Sandy.

“In previous closures, the entire market was closed,” said Angel. “This will be the first time the NYSE classic will be operating purely electronic,” he said.

“The stakes are very high because the NYSE has always been in the crosshairs of the media and the slightest misstep they make will be seen by millions of people,” the Georgetown professor explained.

The NYSE’s parent company, Intercontinental Exchange Inc. ICE, -0.94%, on Wednesday said it was temporarily closing the floor and shifting to all-electronic trading after a trader and an employee tested positive for COVID-19, the infectious disease that has claimed more than 14,000 lives globally and has caused near national lockdown, with a number of state and city governments implementing severe restrictions to attempt to limit the spread of the deadly pandemic.

Wednesday’s announcement of the temporary floor closure also came after MarketWatch wrote an article in which market participants raised questions about the possible public-health hazard to employees and traders involved in keeping the trading floor open.

The exchange touts its ability to provide a “human touch” in its operations, and that is a point that the NYSE employs to differentiate itself from its all-electronic rivals, including the Nasdaq Inc. NDAQ, -8.52%, for example.

“We do believe that the market quality that investors and issuers enjoy from that human interaction is unparalleled,” said NYSE Group chief operating officer Michael Blaugrund in an ICE podcast on March 20, after the floor-closure announcement.

To be sure, operating electronically should be uneventful for the NYSE in theory because the exchange operator has frequently tested the capacity of its all-electronic operation. As recently as the first week of March and again over the past several days, including this weekend ahead of its Monday open, according to people familiar with the tests.

“We, as a practical matter, are always ready, any day for a potential disaster,” said Blaugrund during the podcast. “So we regularly test on weekends both with the exchange alone as well as with the industry broadly,” he explained, noting that those doomsday scenarios include being unable to access 11 Wall St., the NYSE’s headquarters in lower Manhattan, and its Mahwah, N.J., data hub coming offline.

However, the transition to all-electronic in an exchange platform that represents more than 20% total average market volume comes at a historically turbulent time for markets, partly fostered by the COVID-19 outbreak, which is roiling markets due to cessation of business activity across the globe.

Concerns about an abrupt recession forming domestically and elsewhere due to the halt of businesses and personal activity also is forcing investors to rapidly reprice assets that were trading at all-time highs a little over a month ago.

In fact, mechanisms to decelerate vicious market downturns kicked in four times from March 9 to March 19. Those so-called circuit breakers, which take effect when the S&P 500 SPX, -4.34% falls by 7%, were created after the 2010 flash crash and had never been triggered before this month.

The downturn has propelled the Dow Jones Industrial Average DJIA, -4.55%, the S&P 500 US:SPX  and the Nasdaq Composite Index COMP, -3.79% into a bear market, commonly defined as a drop of at least 20% from a recent peak. On Friday, the Dow, S&P 500 and the Nasdaq all put in their worst weekly declines since the 2008 financial crisis.

See: As Dow wipes out over 3 years of stock-market gains, here’s a warning about calling the bottom

Angel said that against that backdrop, he will be looking for how the markets open and close on Monday — areas in which the NYSE may see the most amount of friction because it is those periods in which its human brokers or designated market makers shine.

The designated market makers, or DMMs, essentially oversee the closing auctions. The close on the NYSE is by far the biggest liquidity event, with volume more than doubling since 2010.

All-electronic exchanges such as Nasdaq can conduct the closing auction nearly instantly, but DMMs at the NYSE can choose to close each stock manually or electronically and they use special quotes known as D-orders, or D-quotes, to smooth out trading imbalances. That order is only available to the NYSE’s floor brokers.

Another market-structure expert, Larry Tabb, told MarketWatch that the thing to watch for on the NYSE on Monday is possible price dislocations at the open. Regular trading hours for U.S. equity markets are from 9:30 a.m. to 4 p.m. Eastern Time.

“The DMMs on the floor are some of the most sophisticated trading firms in the world,” he Tabb said.

“That said, what you should watch out for would be dislocations between the opening price and what happens in the next few minutes once continuous trading starts,” he said.

He said, however, that if “dislocations are few and de minimis then all is good.” He cautioned though that “if they can’t either open the stock or if there is a big swing between the open and the first continuous trades then that would signal a problem.”

Georgetown’s Angel said that exchange operators have been preparing for this for a while now but the reality of it could be the real challenge.

The NYSE has “been doing dress rehearsal for years; this will be their first performance before a live virtual audience,” Angel said. “We’ll see how the audience reacts,” he said.

The professor said that the NYSE’s floor is an important part of market structure but also said that the exchange has been largely a media center, with news organizations like CNBC and others on the floor.

“The NYSE floor’s major value is to be a media focus to the market,” he said. The NYSE understands that markets are about marketing,” he offered, adding that “when people want to understand what’s going on in the markets, they want to a see a visual presence.”