Home
Stocks
Trapped in no-man’s land of coronavirus restrictions, some of Britain’s small businesses are wasting away
Prev Article Next Article
This post was originally published on this site 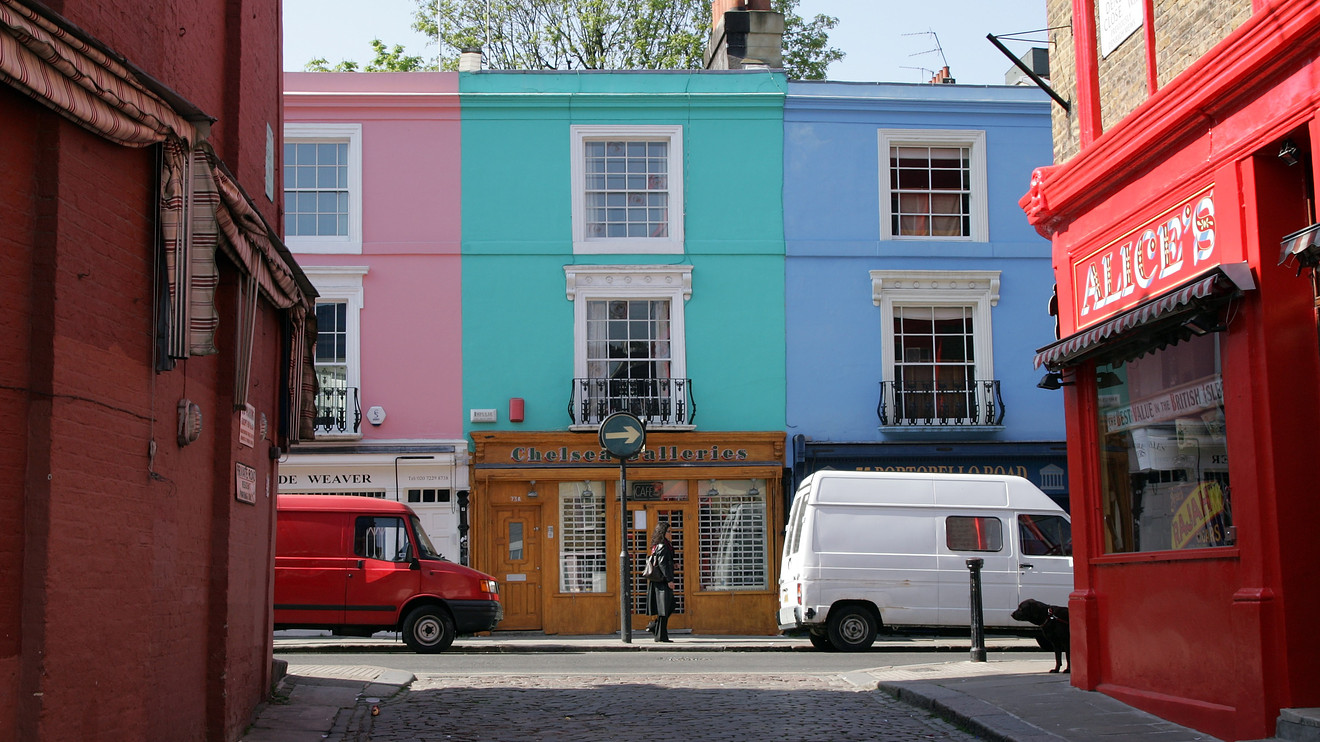 The simple and bleak printed sign hastily taped to the smeared glass window says it all.

Royal China, one of London’s most famous Chinese restaurants, usually humming with diners in search of its authentic Cantonese cuisine, has closed its doors until May 1 “to protect the health and safety of our customers and staff.”

Restaurants like Royal China, which are part of a larger group with six branches in the British capital as well as in China, Hong Kong and Dubai, are probably large enough to withstand the disruption caused by the deepening coronavirus crisis.

But for dozens of smaller businesses located in Queensway and the neighboring areas of Notting Hill and Holland Park, it is a dramatically different story.

Don’t miss: Small businesses could crumble in 45 days or less as coronavirus pandemic takes a toll

From restaurants and coffee shops to hairdressers and gyms, local places — the heart and soul of communities — may not be able to survive closing for even a few days, let alone a few weeks or months as their cash flow dries up.

Chancellor Rishi Sunak, alongside Prime Minister Boris Johnson, unveiled a bumper package of £330 billion in government-backed loans on Tuesday to protect businesses amid the pandemic. The hospitality and retail sectors were also given a year-long business rates holiday — an extension of the measures announced in last week’s budget — with some eligible for cash grants of up to £25,000.

These may provide some relief, but business operators like Hossi, the 41-year-old owner of a small Persian restaurant in London’s Notting Hill, are coming to terms with the reality of the crisis.

Standing on the street, smoking nervously, Hossi, who asked to be identified only by his first name, said numbers at the restaurant started declining last week and have now fallen to zero.

“The government is confusing us — do we stay open or not. If we knew, then at least I could prepare,” Hossi says. “At the moment my vegetable supplier doesn’t know if he should go to the market, and I have had to throw away the meat I have ordered.”

Small-businesses owners like Hossi have reacted with anger at Johnson’s advice that customers should stay away from their venues, without actually ordering a shutdown as major cities including Paris, Madrid and Amsterdam have done to combat the spread of the virus. In effect, that puts these London businesses in a no-man’s land of coronavirus precautions.

Located next door to Hossi’s restaurant is a family-owned dry cleaner, which has been a fixture of the neighborhood for more than a decade. Said, 34, whose uncle owns the business, said he has had to cut down opening hours by four hours a day.

“We lost £800 in business this week, and that’s only going to get worse,” says Said, who also asked that only his first name be used. “People need to wash their clothes, but they are scared to come out.”

Dorothy, 39, the manager at hairdressers Scissors Palace in Holland Park, said the coronavirus has had a big impact on the usually buzzing salon. “We have seen a significant decrease in booked appointments, a lack of new walk-in clientele and are struggling to stay open long hours because of high costs.”

Scissors Palace has had to trim its staff and reduce treatment prices to keep clients coming. “The most worrying and terrifying thing is that employees cannot physically generate any profit from working from home. When the business needs to shut, not much can be done to keep it running,” Dorothy said.

While all small businesses are suffering, the impact on the restaurant industry has been particularly brutal as people try to practice social distancing.

“Things seem to be getting worse quickly,” Johnston said.

On Monday alone, London saw a 25% decline from the year-earlier figure in total seated diners.

Hossi reported that when he called his bank to ask for a £3,000 loan, he was turned down. The bank — one of the Britain’s biggest high-street lenders — also refused, he said, to give him an overdraft limit. That means Hossi cannot pay the restaurant’s staff of eight, nor the gas and electricity bills. “I pay my home rent from my business, so how will that work now?” Hossi asked.

“Coronavirus has put unprecedented pressure on the U.K.’s [small and midsize enterprises]. When the cash runs out, businesses collapse. While the banks and the budget have set out important action and relief, the reality for small firms is that short-term cash flow is still the most important thing,” he added.

Britain’s fourth biggest supermarket group, Morrisons, led the way last Friday, when it said it will pay its small suppliers immediately to help support cash flow during a “difficult time” for the British economy.

Morrisons MRW, -4.39% , which has 3,000 small suppliers, including 1,750 farmers, that will benefit from the move, said its smallest food manufacturers are currently on 14-day payment terms.

The supermarket is temporarily reclassifying which operations are considered smaller suppliers. Previously that distinction was limited t, those with £100,000 in annual business with the company; the threshold has been extended to those up to £1 million or less of business with it — meaning an extra 1,000 businesses will qualify for the new payment terms.

“We are Britain’s biggest single food maker, and we want to be there for the smaller food makers, farmers and businesses that supply Morrisons,” said Chief Executive David Potts.

Small Business Minister Paul Scully said the government is doing everything it can to support business through this turbulent time, including offering £2.2 billion in grants and a refund for Statutory Sick Pay to the smallest firms. “But it is vital that businesses also support one another, and I would encourage them to heed this call and speed up payments wherever possible,” Scully said.

Arcola Theatre, one of London’s leading independent theaters, said it is suspending public performances until further notice to avoid contributing to the spread of the virus.

“Most of Arcola’s funding comes from people like you, coming to see our performances. Without these performances, the vast majority of our income is gone,” the company said in a statement on its website, adding: “Any donation — large or small — will ensure that our theatre stays thriving, long after this crisis is past.”