Home
Stocks
Tesla to shut down California, New York factories amid coronavirus pandemic
Prev Article Next Article
This post was originally published on this site 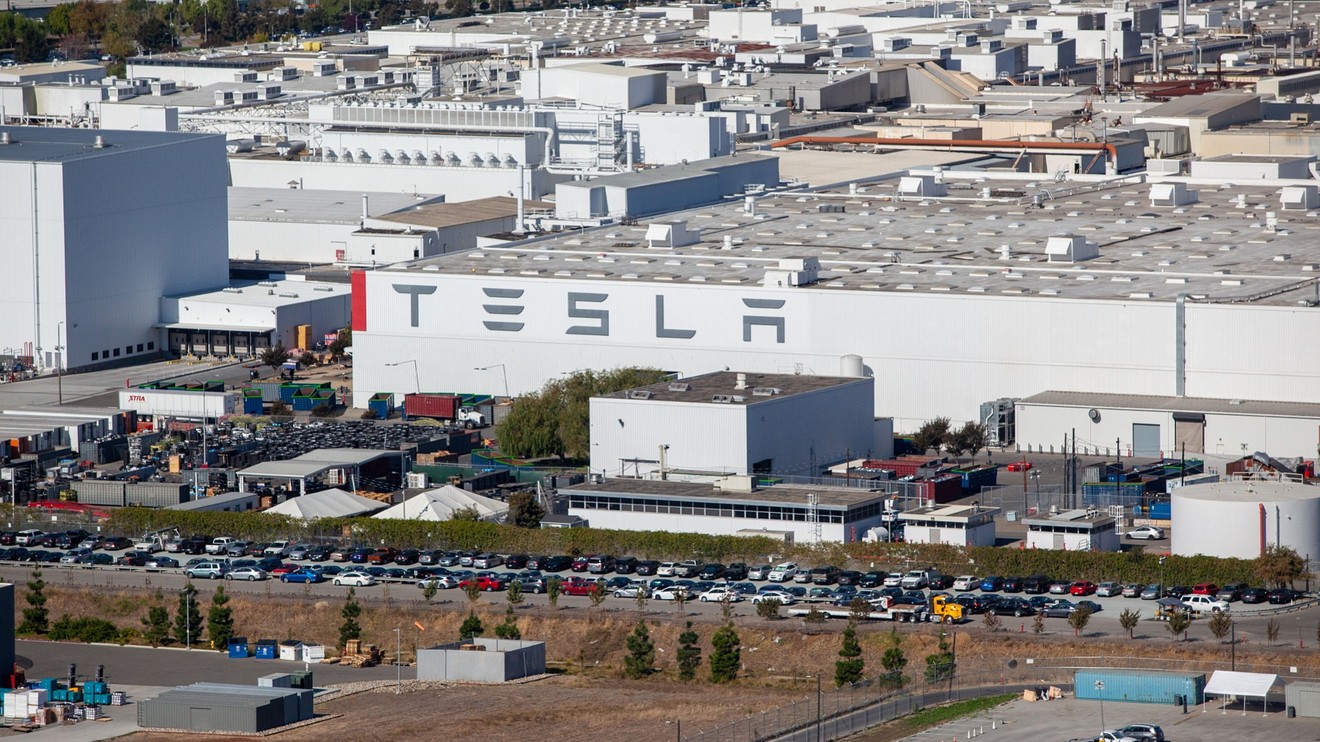 Tesla Inc. said late Thursday it will temporarily halt production at its Fremont, Calif., auto factory and its solar-panel factory in Buffalo, N.Y., amid efforts to limit the spread of the novel coronavirus.

The halt appeared to end a game of chicken between Tesla TSLA, +18.39%  and local authorities, as the California factory is located in a county under a regional “shelter in place” order issued Tuesday.

“Despite taking all known health precautions, continued operations in certain locations has caused challenges for our employees, their families and our suppliers,” the company said in a statement.

Tesla shares fell more than 7% in the extended session after ending the regular trading day up 18%.

The halt at the Fremont factory will take effect at the end of the day Monday “to allow an orderly shutdown,” the company said. Basic operations will continue “in order to support our vehicle and energy service operations and charging infrastructure, as directed by the local, state and federal authorities,” Tesla said.

The New York plant will also retain some production of parts and supplies “necessary for service, infrastructure and critical supply chains,” Tesla said. Operations at its “gigafactory” outside Reno, Nev., and Tesla’s service and Supercharging network will continue, the company said.

The company also took the opportunity to update investors about its liquidity.

Tesla said it had $6.3 billion in cash before its recent $2.3 billion capital raise. “We believe this level of liquidity is sufficient to successfully navigate an extended period of uncertainty,” it said. Available credit lines are worth about $3 billion, “including working capital lines for all regions as well as financing for the expansion of our Shanghai factory,” it said.

Tesla said it is implementing “touchless deliveries” so people would continue to take delivery of their vehicles. Customers are able to unlock their new vehicles at a delivery parking lot through a Tesla app, sign and return any paperwork to drop-off locations, the company said.

The status of the Fremont auto plant factory had been a question mark since the lockdown order affecting San Francisco Bay Area counties was put in place by public health officials earlier this week. The Alameda County Sheriff’s Office tweeted Tuesday that the plant was a non-essential business and could only maintain “minimum basic operations.”

Fremont Police Chief Kimberly Petersen and other city officials were to meet with Tesla on Thursday “to discuss cooperation for compliance with the County Health Officer’s Order,” according to a tweet by the police department earlier in the day.

Tesla reportedly had kept the factory open with fewer employes and had said it was getting conflicting information about what constituted “minimum basic operations” under the shelter-in-place order.

Tesla Chief Executive Elon Musk has repeatedly downplayed the risk of the COVID-19 outbreak on social media, tweeting earlier this month that “The coronavirus panic is dumb.” Late Wednesday, the CEO said Tesla would stand ready to make ventilators “if there is a shortage.”

GM and Ford confirmed Thursday they were exploring the idea of making additional ventilators, needed in some acute cases of COVID-19, amid fears the life-saving devices might become scarce in the U.S. as the pandemic continues.

Ventilators are mostly used by patients undergoing surgery under anesthesia and those with impaired lung function caused by a condition or illness, including pneumonia, which can be a complication for people who contracted COVID-19.